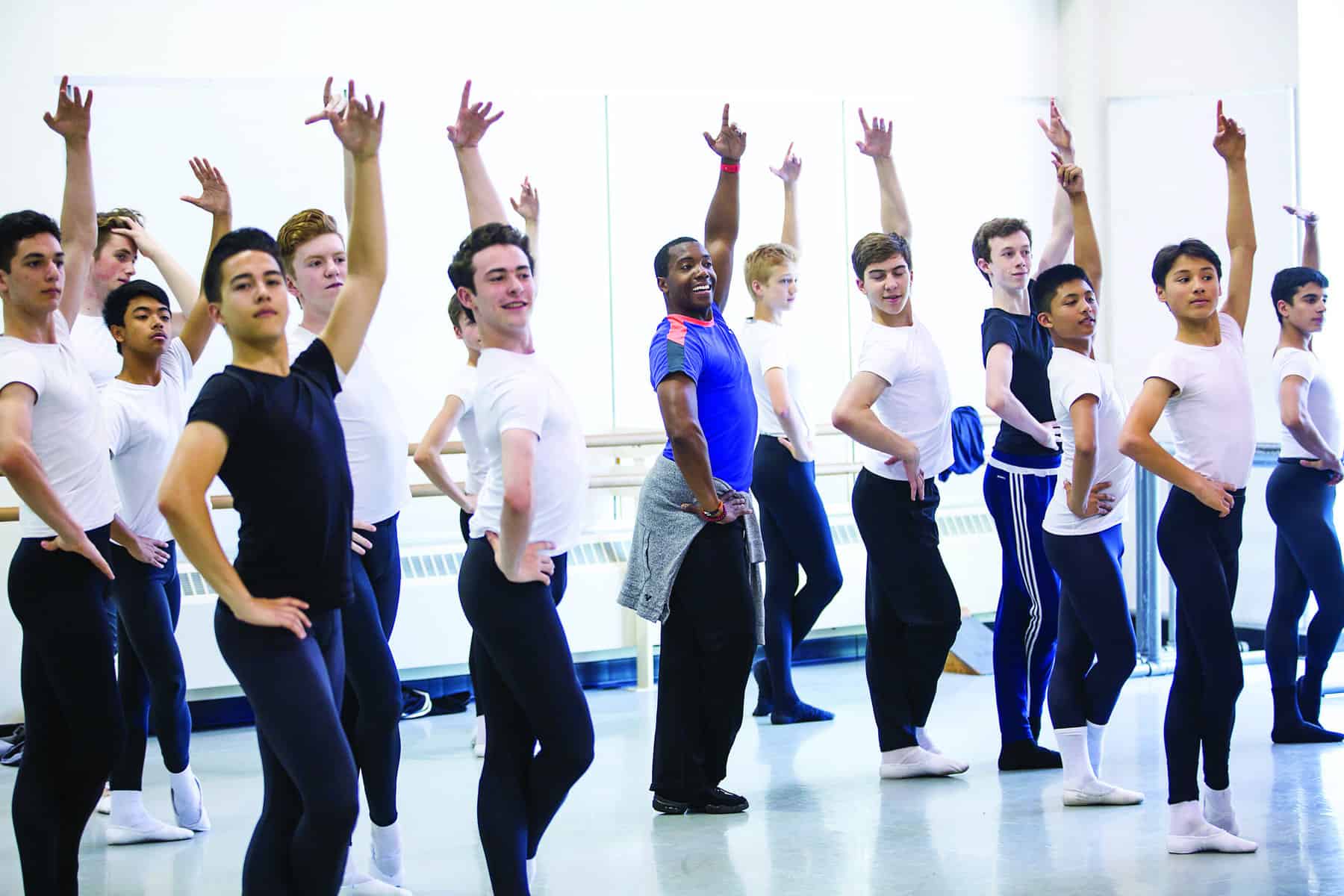 “It gives me great pleasure to announce the appointment of Kiyon Ross as PNB’s new Associate Artistic Director,” said Mr. Boal. “Kiyon first came to PNB as a student almost 25 years ago. Since then, he has worn more hats than anyone at the company: celebrated dancer, gifted choreographer, inspired teacher and, most recently, Director of Company Operations. His devotion to this organization runs deep. My relationship with Kiyon dates back even further, starting when he was a student of mine in New York. I felt the connection on day one. We have been working side by side ever since, and a day does not pass when I’m not seeking his advice, perspective, and support. As Associate Artistic Director, Kiyon will be an invaluable resource in all aspects of creating and fulfilling artistic programming, while helping to develop a vision for PNB that carries us forward through this 50th Anniversary season and beyond.”

As Associate Artistic Director, Mr. Ross will work in close collaboration with Mr. Boal to implement and advance PNB’s artistic vision, and consult on all artistic matters including programming, hiring, and casting. He will also provide oversight for PNB’s special projects such as Next Step, PNB Dance Film Festival, and digital programming. As part of his new appointment, Mr. Ross will continue to co-lead PNB’s I.D.E.A. (Inclusion, Diversity, Equity and Accessibility) committee. 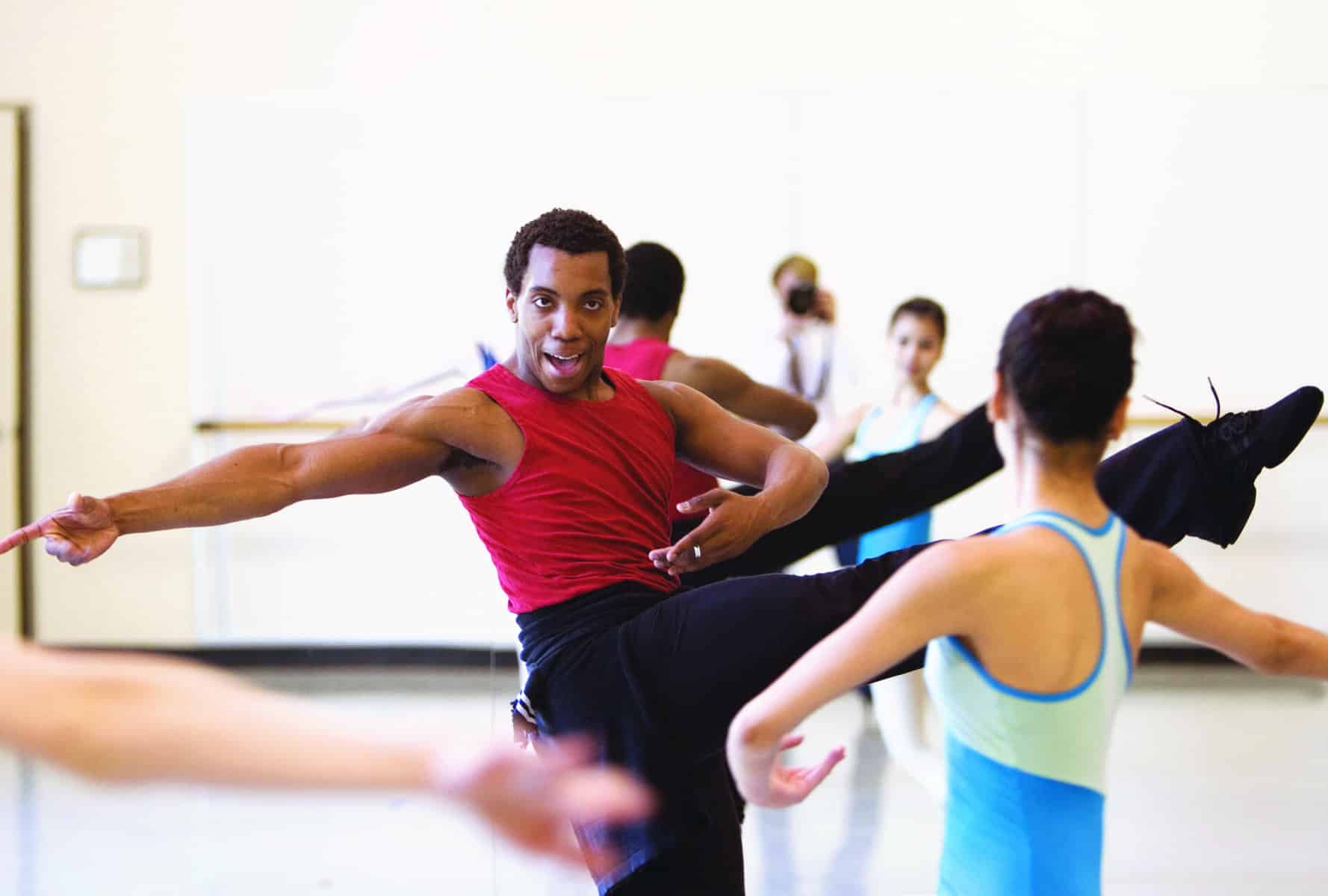 “I’m thrilled to continue to work alongside Kiyon in another capacity at PNB,” said Ellen Walker, PNB’s Executive Director. “He’s been a powerful force for good here since 2001, and an extraordinary colleague and thought leader on our administrative team over the past several years. Kiyon had not been in his role long as Director of Company Operations when the pandemic upended our world, yet he was undaunted by the enormity and complexity we faced. He brought optimism, energy, and creativity to every new challenge – and there were many. I’ll be grateful to Kiyon forever for his partnership, and happy that a new generation of artists will soon benefit from his experience, excellence, and inimitable joy.”

“I am honored to be appointed PNB’s Associate Artistic Director,” said Mr. Ross following the announcement. “For the past 22 years, I have been part of the PNB family and in that time have been provided opportunities that not only challenged me as a student, company artist, faculty member, administrator, and leader but also allowed me to grow as a person. I am proud of the work that PNB does both onstage and off and constantly inspired by the dedication and hard work of the entire PNB team that brings the artistic vision to life each season. Peter and Ellen are excellent partners, role-models, and mentors and I look forward to our continued collective work together ensuring that PNB remains a successful organization now and well into the future.”

Kiyon Ross (né Gaines) is from Baltimore, Maryland. He trained at Baltimore School of the Arts, Pittsburgh Ballet Theatre School, the School of American Ballet (under Peter Martins, Jock Soto, Peter Boal, and Andrei Kamarevski), and Pacific Northwest Ballet School (under Kent Stowell, Francia Russell, Flemming Halby, Victoria Pulkkinen, Bruce Wells, and Sonia Dawkins). His career in ballet started at Pacific Northwest Ballet as a member of the corps de ballet in 2001. He was promoted to soloist in 2012, and retired from the stage in 2015. Upon retiring, Mr. Ross graduated Summa Cum Laude from Seattle University with a degree in Non-Profit Leadership. From 2015-2019 he taught on the faculty of PNB School, worked with PNB’s DanceChance program to bring classical dance training to the students of Seattle Public Schools, and was the program manager of PNB’s annual NEXT STEP choreographers’ showcase since 2012. In 2019 he was promoted to the position of Director of Company Operations. In this role he worked closely with artistic leadership, dancers, and visiting artists on setting the stage for artistic collaborations. He managed all the contracting, negotiations, and scheduling with individuals and work groups, and also oversaw tour operations for the Company. 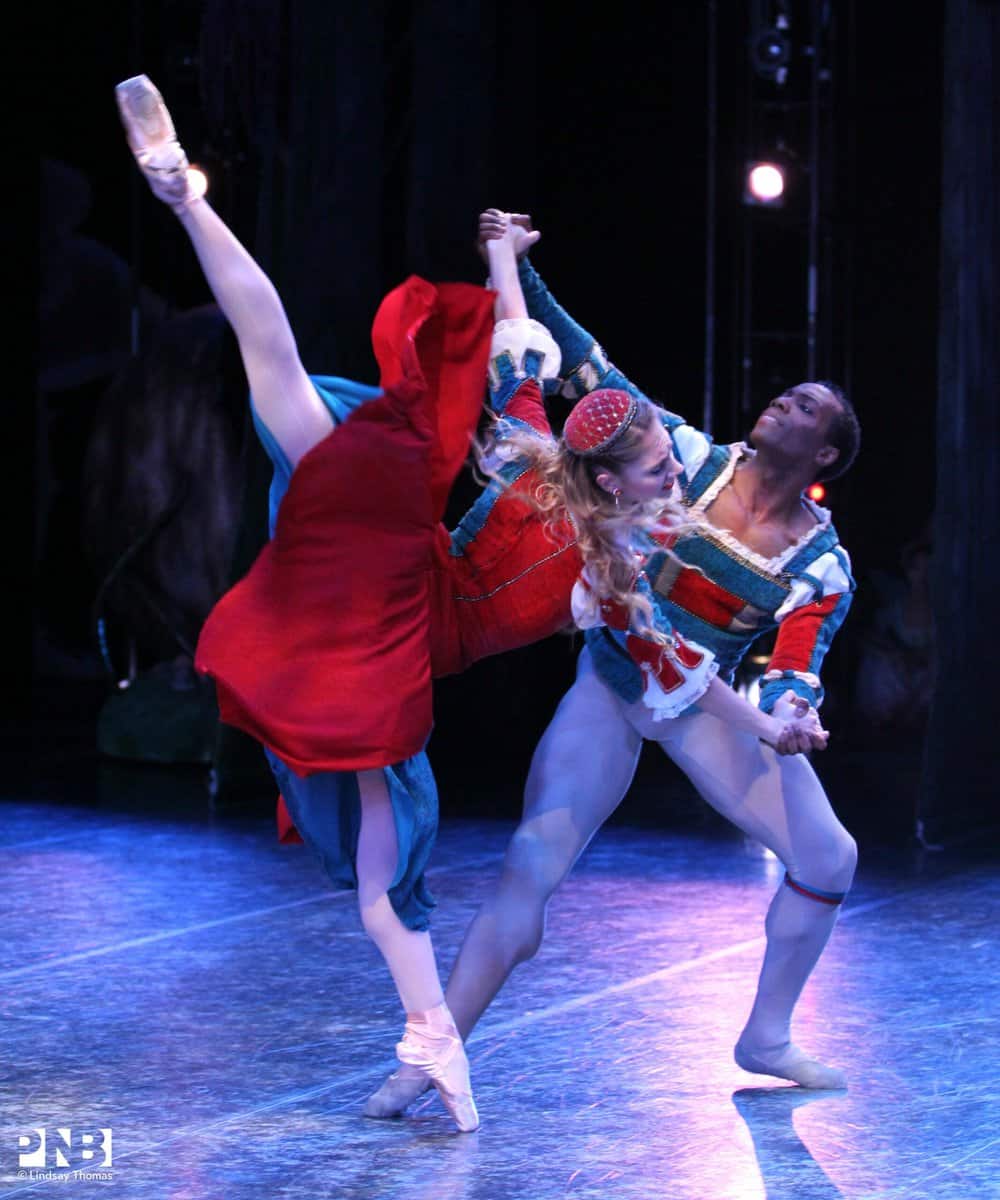 As a choreographer, Mr. Ross created blitz…Fantasy, ə {SCHWA}, Infinite Intricacies, and Interrupted Pri’si’zh’en for PNB’s annual Choreographers’ Showcase performances. ə{SCHWA} was taken into PNB’s repertory during the 2007 Celebrate Seattle Festival. He also choreographed M-Pulse, set to a commissioned score by Cristina Spinei, for the Company repertory in 2008, Sum Stravinsky in 2012, and Do. Not. Obstruct. for Sculptured Dance in 2016. Mr. Ross also participated in the New York Choreographic Institute. His works have been performed by Spectrum Dance Theater, Dance Theatre Harlem, and Atlanta Ballet, and he served as the resident choreographer at Ballet Arkansas from 2015-2018.

PNB will close out its 22/23 50th Anniversary season June 2 – 11 with the world premiere of a new ballet by Mr. Ross. The work will feature original music by Cristina Spinei, scenic and costume design by Pauline Smith, and lighting by Reed Nakayama.

Pacific Northwest Ballet’s 2022-23 50th Anniversary season is proudly sponsored by ArtsFund and Microsoft. Special thanks also to 4Culture, National Endowment for the Arts, The Shubert Foundation, City of Seattle Office of Arts & Culture, and The Wallace Foundation. PNB’s digital season is made possible by Katherine Graubard and William Calvin. PNB media sponsorship provided by The Seattle Times.