Crystal Pite is known as one of the most innovative and exciting choreographers at work in Canada today. National Ballet of Canada artistic director Karen Kain commissioned Pite to create an original work for the National Ballet’s 2008/09 season as part of Innovation, a program of new work by Canadian choreographers. The result, Emergence, brought audiences to their feet after every performance and went on to win four Dora Mavor Moore Awards for Outstanding Production, Outstanding New Choreography, Outstanding Performance and Outstanding Sound Design/Composition by Owen Belton.

A riveting dark-hued work that casts a swarming, scurrying group of dancers, insect-like, in an eerily subterranean universe, Emergence dramatizes through its mesmerizing choreographic attack the ways in which the instinct for creating social forms seems hard-wired into life itself. Pite’s inspiration for the work came from reading Emergence: The Connected Lives of Ants, Brains, Cities and Software by American popular science theorist Steven Johnson and considering parallels between the social organization of bees and the hierarchical nature of classical ballet companies.

Johnson’s statement that “simple agents following simple rules could generate amazingly complex structures” became a touchstone for the piece. Pite was interested in individual expression and in collective problem solving through movement, often favoring the visual and kinesthetic appeal of the eccentric over the mundane and the grotesque over

the beautiful. Pite rarely works with dancers en pointe and was attracted not only to the dancers’ ease of movement but also to the potential for a creature-like effect. Sometimes fragmented and gestural, with traces of the isolation and popping techniques of hip hop, Pite’s choreographic method was a catalyst for change in the dancer’s bodies.

Key to Pite’s vision for Emergence was her collaboration with composer Owen Belton. Also from the west coast, Belton uses both acoustic and electronic instruments, often in combination with computer processing techniques such as granular synthesis, to arrive at atmospheric palettes of sound and tone. Pite and Belton have incorporated drone-like sounds of bees along with sounds of marching to signify the power and ominous presence of the body politic.

“Even the most optimistic champions of self-organization feel a little wary about the lack of control in such a process. But understanding emergence has always been about giving up control, letting the system govern itself as much as possible, letting it learn from the footprints.” —Steven Johnson

“The ants go marching one by one. Hurrah. Hurrah.” —Anonymous

My starting-off point for the creation of Emergence was the structure of a ballet company itself. I wondered if the hierarchal structure of a ballet company had a parallel in nature and I looked first to the beehive as a possible model. I came across some of the writings of Thomas D. Seeley and his colleagues at Cornell who have identified some basic characteristics of a swarm that they believe define the nature of highly intelligent groups. Rather than being led or dominated by a small number of individuals, decisions are group efforts. A large portion of the population contributes information and opinions, and each individual that contributes to the debate has made an informed and independent assessment of the situation. The bees engage in a very lively and competitive debate until opinions start to coalesce. It is not a hierarchy at all. The queen does not govern. This struck a chord with me as I considered the ballet. Other than the competitive element, I didn’t see much of a parallel until I dug a little deeper.

“Emergence” (according to Wikipedia) is the way that complex systems or structures arise out of a multiplicity of simple interactions. Ballet is a great example of this in itself, with a series of simple physical structures and rules (technique) combining into complex dancing (choreography) in the individual. To take it one step further, the dancer contributes to the larger structure of the choreography, often responding to local stimuli: align my body with these five people, face this direction, start our system on this musical cue, etc.

I was commissioned to create this work for the National Ballet of Canada in 2009. The opportunity allowed me to re-discover ballet, and ballet dancers, with more distance and perspective than ever. After ten years away from the ballet world, it was fascinating to re-examine the ecstatic architecture of the ballet vocabulary and the open, clean lines built for the long-view of a 2900-seat theatre. I was thinking about how the swarm locates and builds a nest that is perfectly suited for their shapes, their skills, their needs—a deliberate, specialized space that fits their bodies and facilitates their work. This made me look at these dancers and their theatre in a new light. The stage as a nest, a shelter, a work-space, a place of community and of business. The theater is built for these classical dancers. And vice-versa.

Ultimately, a ballet company, like any business, is neither a complete hierarchy nor an emergent system. Particularly at the creative level, I see it as a complex feedback loop of both, with creators feeding off information, limitation and inspiration provided by the performers, and the performers interpreting and translating information given to them by the choreographer. For this piece, I tried to come up with systems that would help to make the piece make itself. I tried to create a series of codes, applied “locally,” that would echo an emergent system so that the piece could evolve out of its own response to those parameters. However, we quickly discovered that 18 days isn’t much time for an evolution out of chaos and into order. With a multitude of other factors (schedules, budgets, personalities, expectations, responsibilities) adding another layer to the complexity, I found myself having to impose more and more of a leader’s agenda in order to achieve our goal of getting something compelling and cogent on stage in time for the premiere. Most creators work with some kind of generative system or another. In fact, creating systems to self-generate a work is often necessary in order to manifest complex choreography in limited time: give the dancers a task and some clear parameters and see what comes back. Use some of it or all of it or none of it. Re-mix the choice bits and send it back to them with further instructions: translate the scale, quality, orientation, for example, or cut up the phrases and re-order them. Insert other good bits. Get everyone contributing material: delegate, divide and conquer.

Somebody still has to think up the rules, though. Somebody has to impose them.

For me, systems are dry and lifeless in themselves. I don’t enjoy systems. I enjoy watching the dancers apply the systems to their minds and bodies and to see them dance because of, or in spite of them. I’m using these generative systems in order to respond to the parameters and possibilities that are imposed on this work and as a way to help us get past our regular patterns of movement. Ultimately, I hope that these methods, in combination with effort and the nuances of artistry, will expose something beautifully human, something that vibrates with life. I want this piece to echo the intelligence and beauty of emergence in the natural world. And I want both the process and the product to remind us of the wonder of community and collaboration. 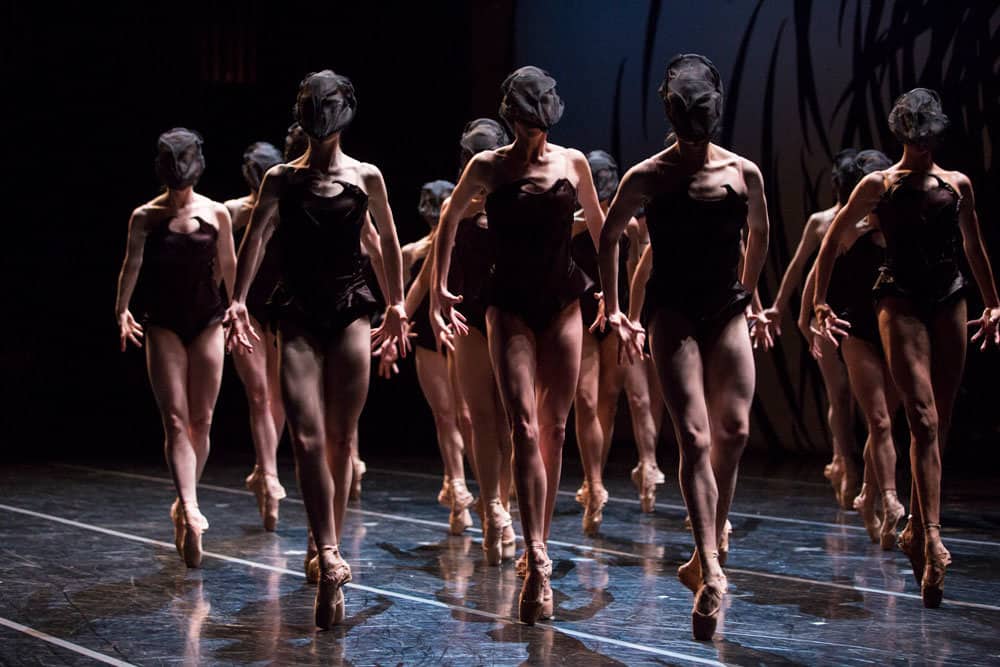 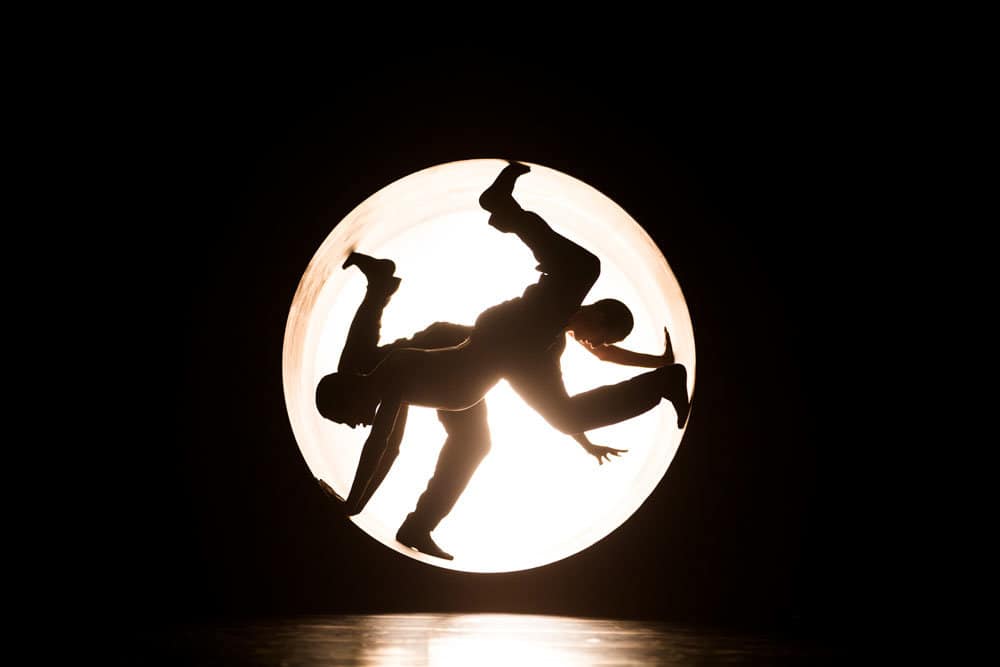 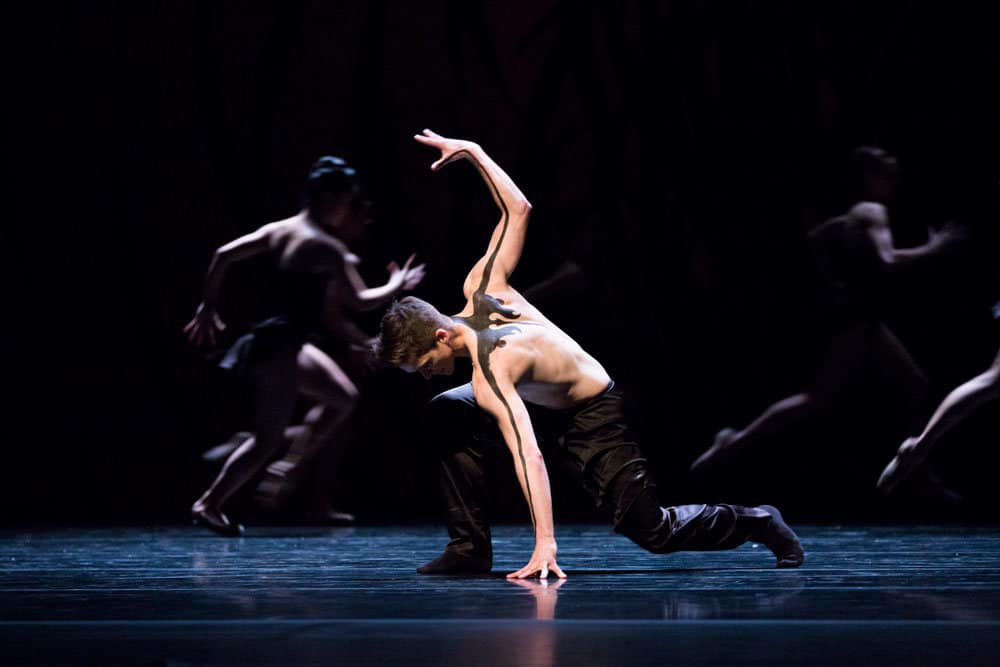 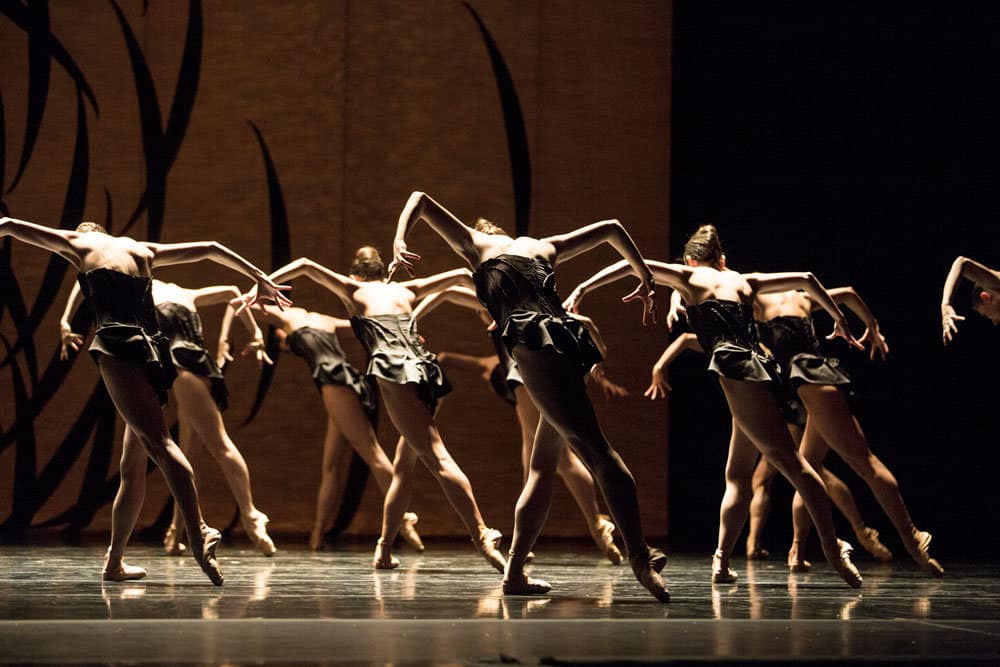 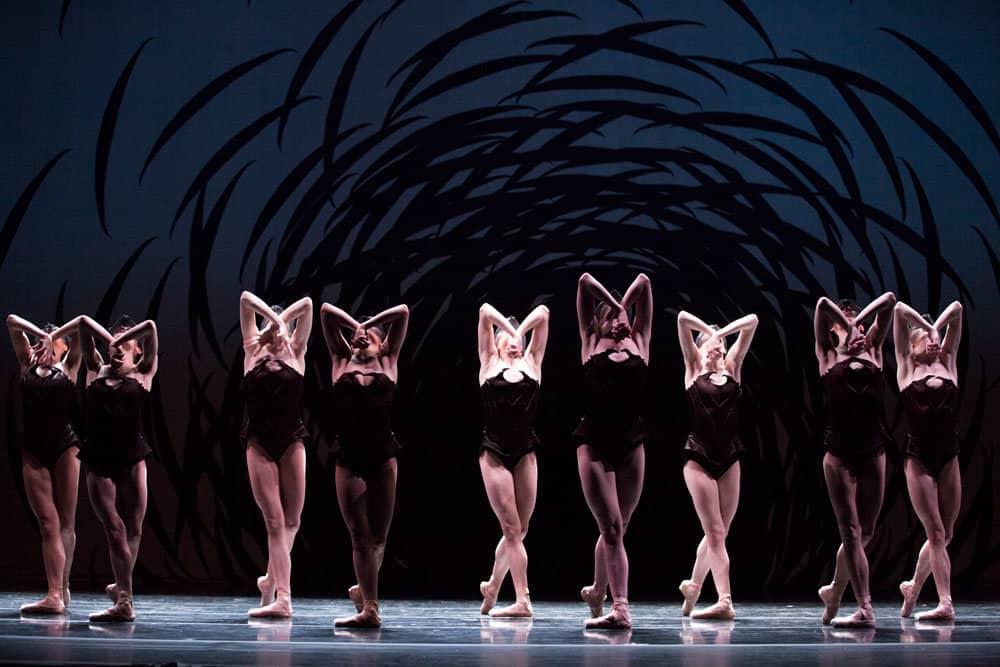 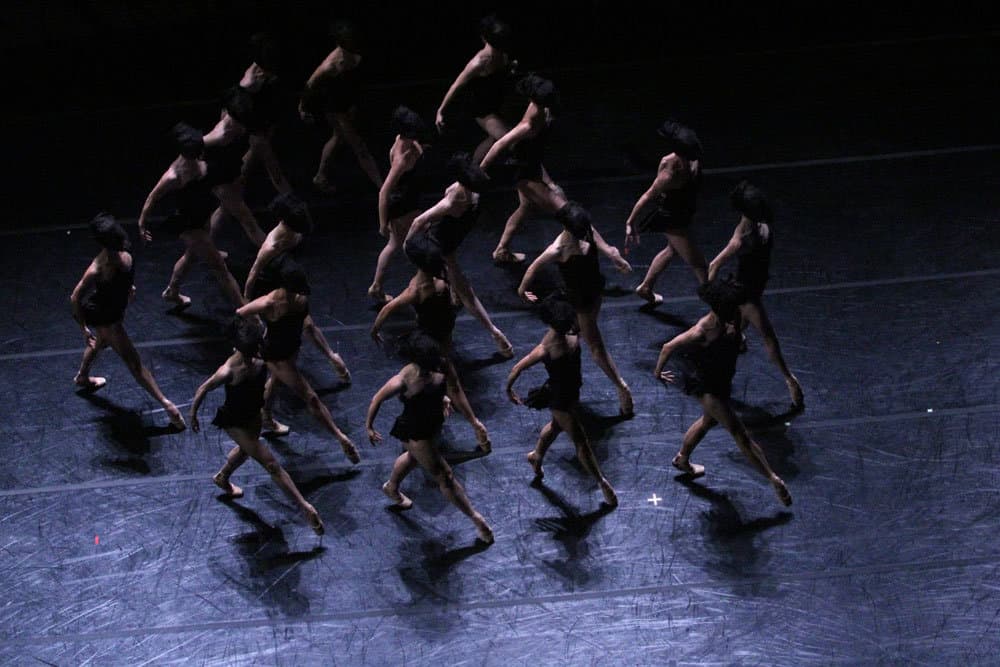