Pictures at an Exhibition

The 2017 Pacific Northwest Ballet premiere of Alexei Ratmansky’s Pictures at an Exhibition is generously underwritten by Patty Edwards.

Alexei Ratmansky is quickly becoming the most prolific and diverse choreographer working in classical ballet today. From his painstaking reconstructions of 19th-century classics by Marius Petipa to his revitalization of Soviet-era story ballets to his growing repertory set to the music of Dmitri Shostakovich to his collection of works made for American Ballet Theatre (ABT, where he is artist in residence), New York City Ballet, Miami City Ballet, and elsewhere, Ratmansky is everywhere. Any given night might see performances of his works by two or three or more companies around the globe. Pacific Northwest Ballet has three of them: Concerto DSCH (from the Shostakovich set), Don Quixote (a Petipa classic), and now Pictures at an Exhibition, an utterly unique dance made for New York City Ballet in 2014 and set to Modest Mussorgsky’s signature work in its original version for solo piano.

Writing in The New York Times after the ballet’s premiere, critic Alastair Macaulay stated, “‘Pictures at an Exhibition’ is surely the most casually diverse work Mr. Ratmansky has created, but it gathers unstoppable momentum. The 10 dancers—five women, five men—started out in informal home-theater mood, almost as if they were playing charades. Some dances, including the first solo (by Sara Mearns), had a wild, improvisatory, part-stumbling, part-inspired quality. (The tailor-made nature of the ballet’s solos reflects one of Mr. Ratmansky’s greatest gifts: Dancers are vividly, individually, intimately revealed.) In certain numbers the dancers—here on all fours, there gesturing—seemed to enact or refer to private stories. Other sections shifted toward a classicism of long lines and academic steps. Some ensembles were largely about camaraderie; others about geometry, harmony, meter.”

Dance writer Michael Popkin explained further: “Not just a rendition in dance of Mussorgsky’s famous work of the same name, the ballet was also functionally a tribute and apotheosis for NYCB’s retiring star, Wendy Whelan” (danceviewtimes). Pictures at PNB marks Whelan’s first project as a repetiteur, or stager, as we refer to the individual who teaches an existing ballet to a new cast. She will have worked with PNB’s dancers for a total of three weeks heading into the Company premiere on June 2. Ratmansky himself, on a brief break from ABT’s New York season, spent two days coaching the ballet after it had been taught.

Popkin continues: “The ballet tracks the score’s scenario, its action unfolding as a suite of dances before vibrantly colored backdrops. In this 1874 composition, Mussorgsky commemorates the premature death of a friend, the painter Viktor Hartmann, in a tone poem depicting a stroll through a gallery of his pictures. The music, in 16 short sections, alternates tone pictures of some canvasses with a repeating march—labeled ‘Promenade’—that recurs in different musical meters and lets you imagine that you’re strolling from picture to picture. As the promenades segue from conventional to elevated over the course of the entire piece, the composer’s emotion becomes evident: The work is increasingly shot through with his love for his friend and the artistic resolution of his grief.” 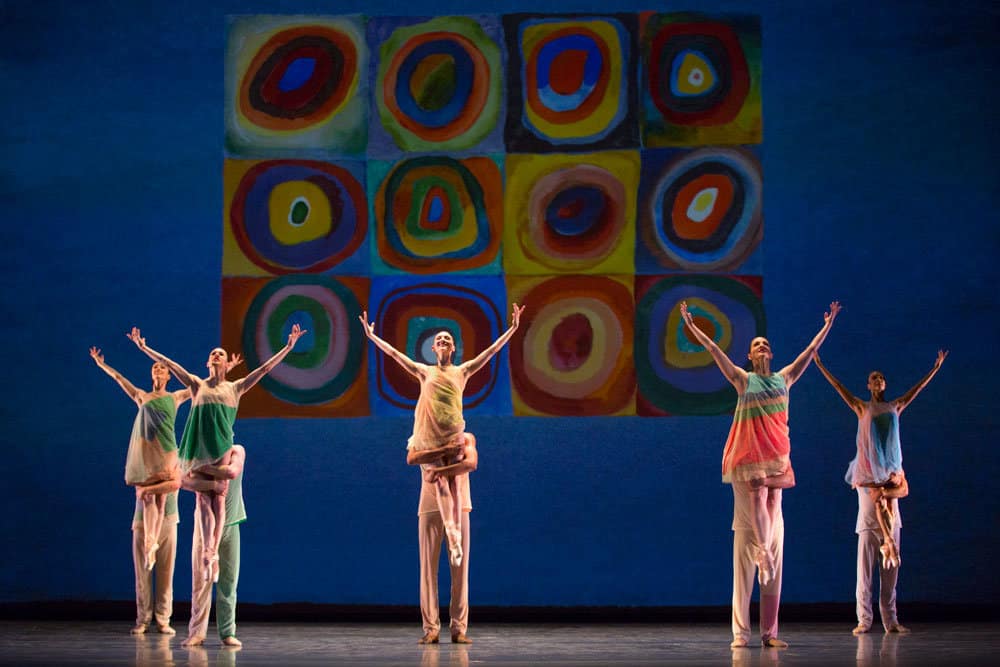 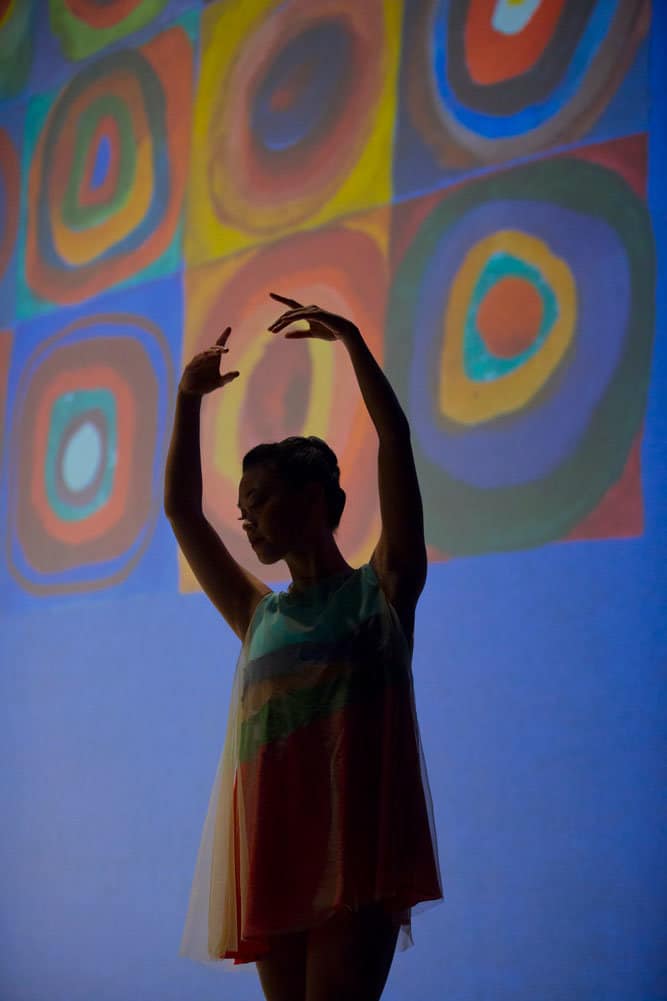 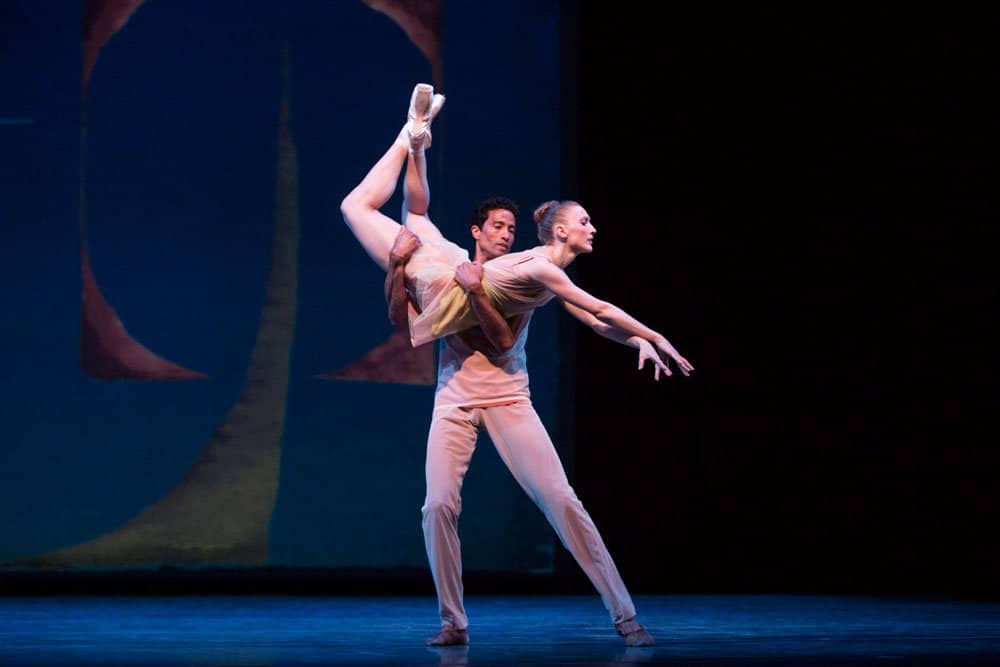 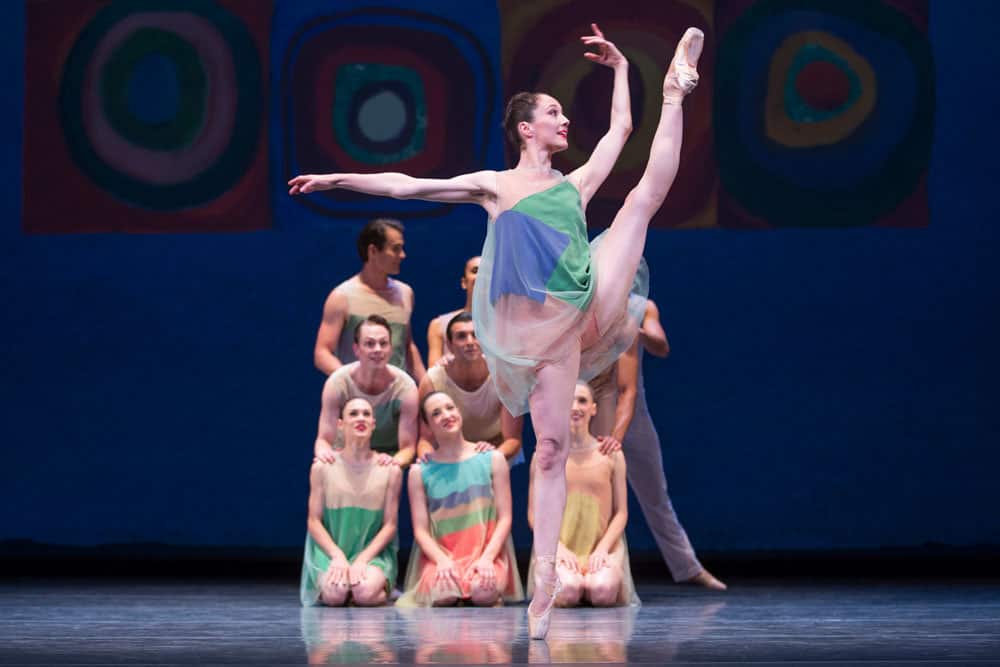 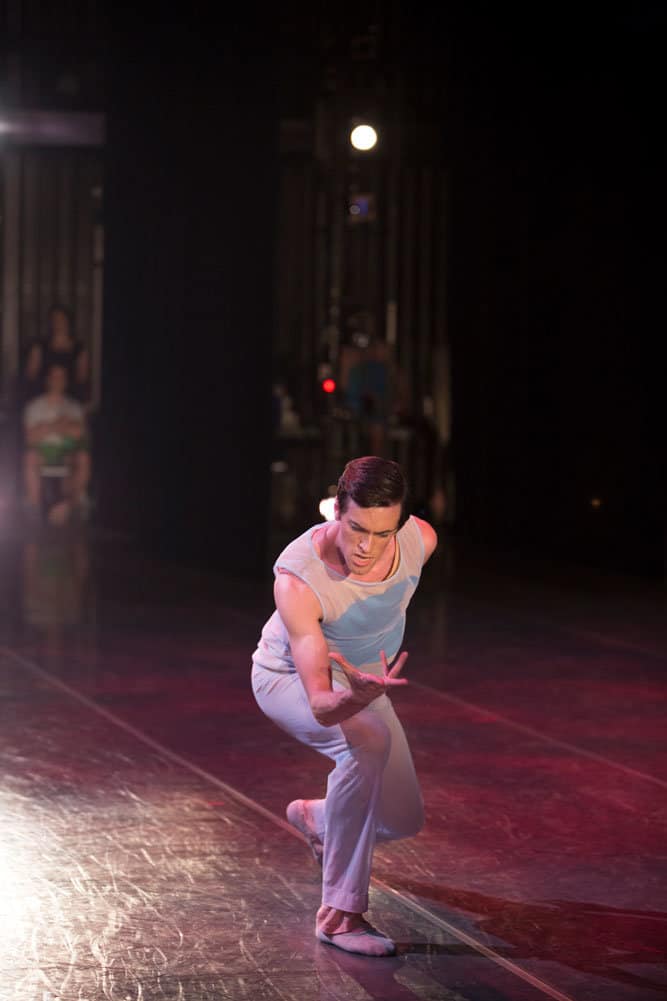 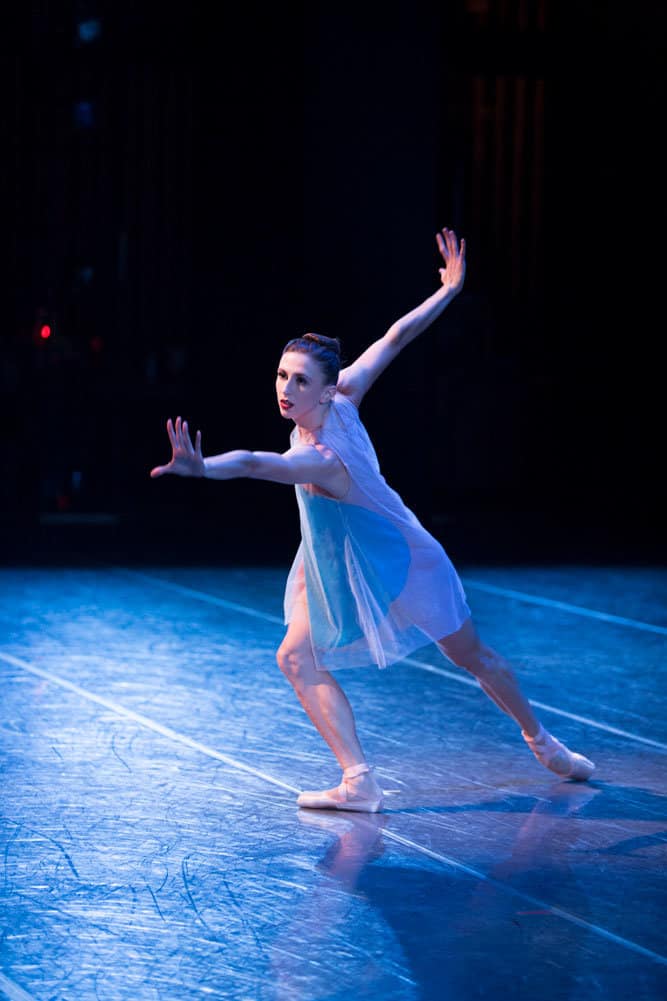