Bernard Herrmann (from Psycho, 1960), with additional soundtrack by Owen Belton

“Most human beings believe that they are the single and active protagonists of their own existence; that their existence operates through continuous time within a consistent, causally interconnected reality: and that inside this reality events happen for explainable and meaningful reasons… Classical (story) design is a mirror of the human mind.”

“At first glance, mimesis (representation, replication) seems to be a stylizing of reality in which the ordinary features of our world are brought into focus by a certain exaggeration, the relationship of the imitation to the object it imitates being something like the relationship of dancing to walking.”

As party guests mingle behind her, Mrs. Smith peers out of the window into the darkened garden.

A shadowy female figure pauses and looks back at Mrs. Smith before disappearing behind a hedge.

That shadow… I think it was me.

Plot Point was instigated by the opportunity to work with a live orchestra. Faced with the task of choosing music, I gravitated to film scores: music that is built to support action. A film score makes space for dialogue and provides the moving image with emotional tone and tension, making it also excellent music for dance. I am a fan of Bernard Herrmann, so choosing the composer was relatively easy. I eventually settled on his hauntingly beautiful score for Hitchcock’s Psycho.

With cinematic music as my starting-off point, my thoughts turned to the structures of screenplay, and the techniques of story. For Plot Point, I wasn’t compelled to deliver a specific narrative. I was more intrigued by the subject of screenwriting itself, and by our insatiable need for story.

Uneven footsteps and ragged breathing announce Fernando’s entrance. He limps into the clearing and desperately searches for a way out. The thugs are gaining on him.

I started by doing what I’m told a screenwriter should never do: I worked on a storyboard before I had a story. I sketched some random narrative fragments, first on paper, then inside a maquette. I configured tiny anonymous model people in recognizable environments that evoked familiar relationships and storylines.

Each tableau inside the maquette was a strange and evocative telling. The model itself had more power than I expected: it framed a familiar piece of story that represented the whole—the meta-story. I decided to scale up the model for the stage, as-is, keeping the elements (a forest, two street lamps, a door and windows) as two-dimensional and simple as possible. Similarly, each performer in the piece is represented by another dancer who performs a distilled and stylized rendering of his or her counterpart. These models, along with the décor, are presented as a sketch of what the fleshed-out story will become: a kind of onstage storyboard. A storyboard condenses a screenplay into a series of framed actions. I’m trying to translate that idea into live action—to present the nuts and bolts of narrative—the plot points—with stop-motion choreography.

Mrs. Jones cuts a piece of leftover birthday cake with an enormous knife. Her hand shakes.

Because I am a choreographer, I always look to the human body for information about what I’m doing.  I have to ask the question: “Why do this as a dance?” or “What can a dancer do to deliver this idea that no one else can?” In Plot Point, I think it’s the purity and exactitude in the model, and the unity between the character and her model that need the mastery of dancers. If the configurations and gestures of the models sketch out the essential plot points of a narrative, their corresponding characters embody the emotional tone and tension of those moments. The characters literally flesh it out. In order to explore and demonstrate the connection between model, character, story, and body, I need to deliver this idea through heightened physical extremes and subtleties: the abandon and articulations of a dancer.

One of my challenges in working with narrative elements, but not delivering a story with a beginning-middle-end, is finding a way to get the audience to invest in what they are seeing—to actually care if the limping man gets away, or to worry that Mrs. Jones might stab herself with that kitchen knife. Part of me wants to use tropes to evoke powerful storylines (love, betrayal, revenge, pursuit, rescue, etc.) that the viewer already knows so that we can just skip to the part where they start caring and not have to bother with all that character development and exposition. But I don’t think it actually works that way. If I want to earn a response from people, I know I’m going to have to dig in and do the work.

This is where I think the expression of the body comes in. In dance we have direct access to raw emotion and tension through a wordless language that is deeply, perhaps even unconsciously, understood by the viewer. If “screenplay” means using the moving image to deliver a story in the most efficient and compelling way possible, maybe “screenplay” is a dance-able concept.

Psycho is a movie about a murder of a defenseless woman. It, in turn has inspired hundreds of films in the slasher genre. I am wondering: what is the point of Psycho? It is a beautifully made film, hailed as a masterpiece that changed audience expectations forever. It has become its own trope. Ultimately, a story presents reality at a level of remove, providing us enough detachment to allow for reflection… It would be nice to think that watching a murder on stage or in a film inspires us to lead a more reflective and sensitive life, but I’m not so sure. In the case of Psycho, is the violence portrayed anything more than thrilling entertainment? Does it make us better humans? Does it hold up a mirror to our own personal darkness—does it makes us wonder at our own capacity for evil or our ability to survive it?  Psycho is hailed as a major breakthrough in cinema but I hate the slasher genre it inspired. These images live in our systems. The shower scene from Psycho—even though I have never been able to watch it—lives in my mind beside all the other images my brain has consumed during my lifetime. That unwatched scene is in my system. Like countless other people over two or three generations, I think of it sometimes when I’m in the shower. That is the power of storytelling, for better or for worse.

Thunder and a flash of lightning reveal Fernando closing the lid on a briefcase full of cash. A second flash reveals Celia nearby. She is hunched over the lifeless body of Thug #2. 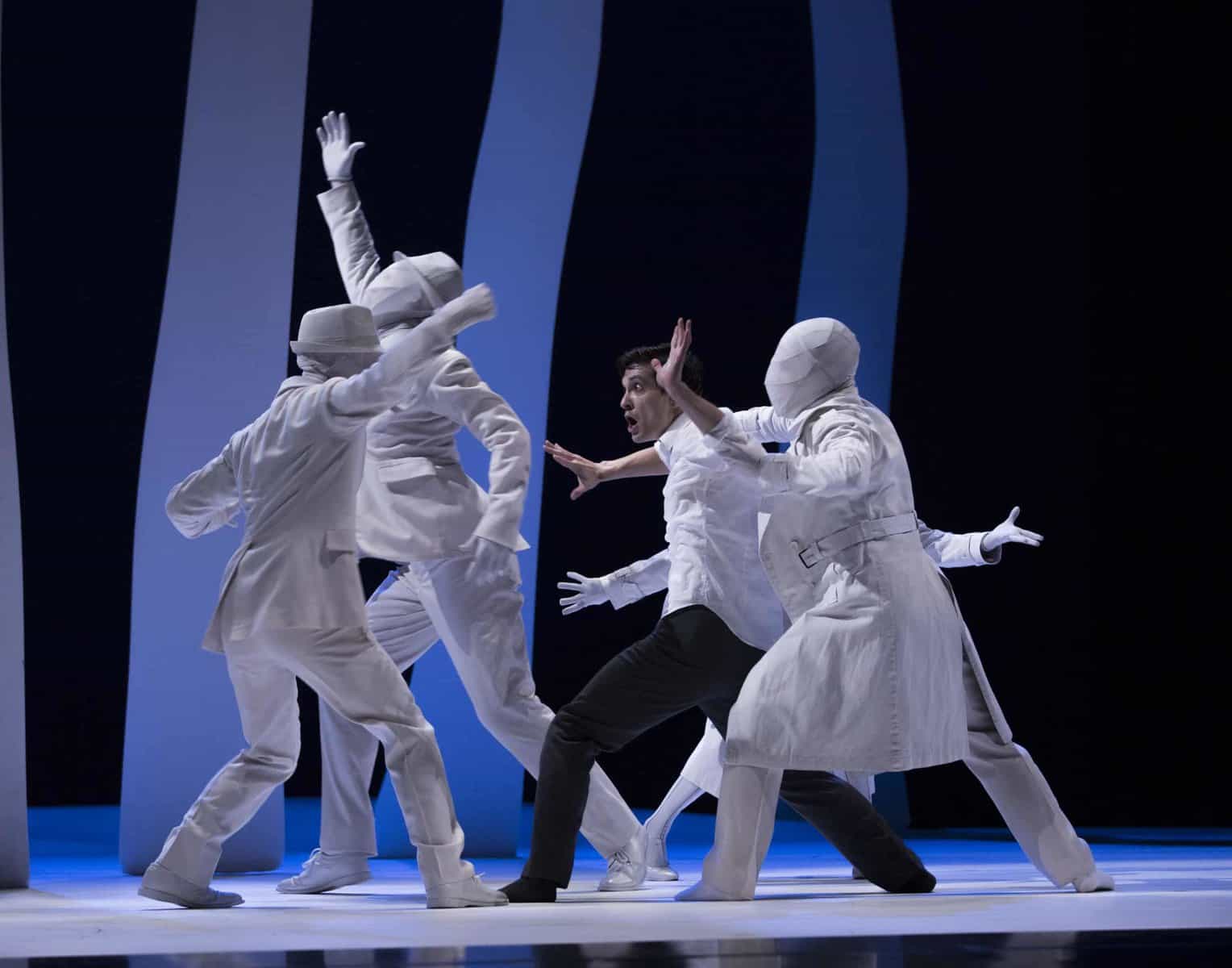 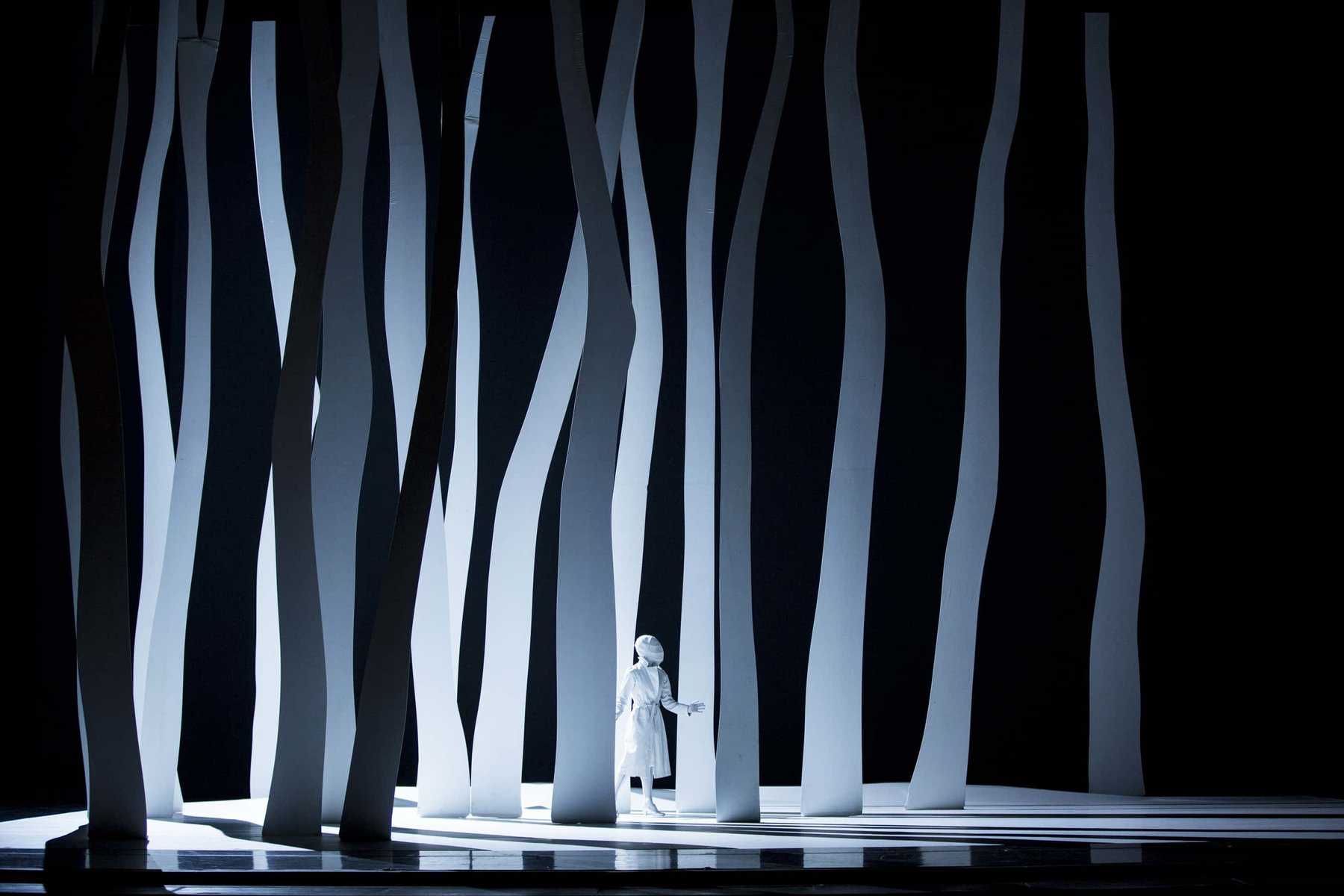 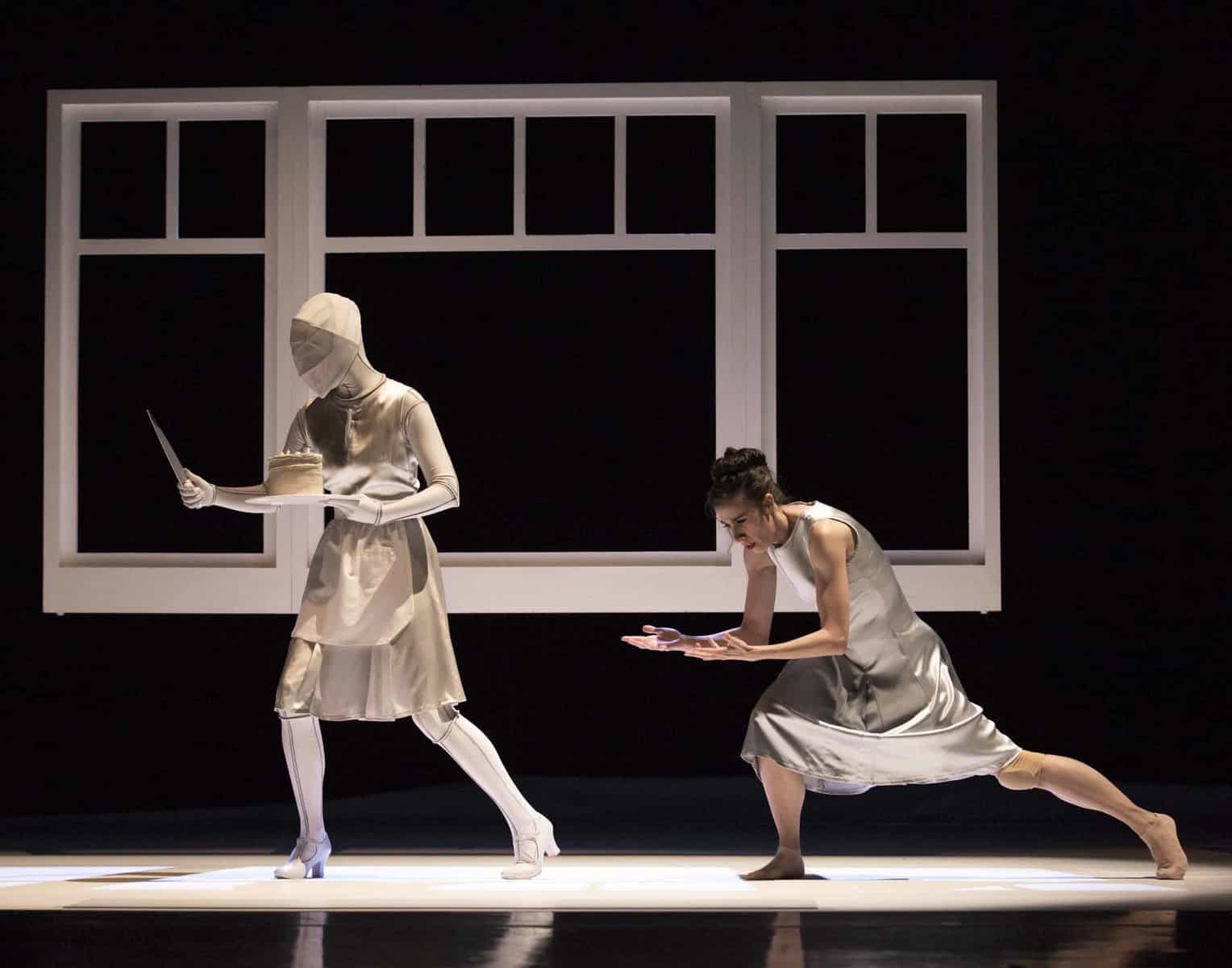 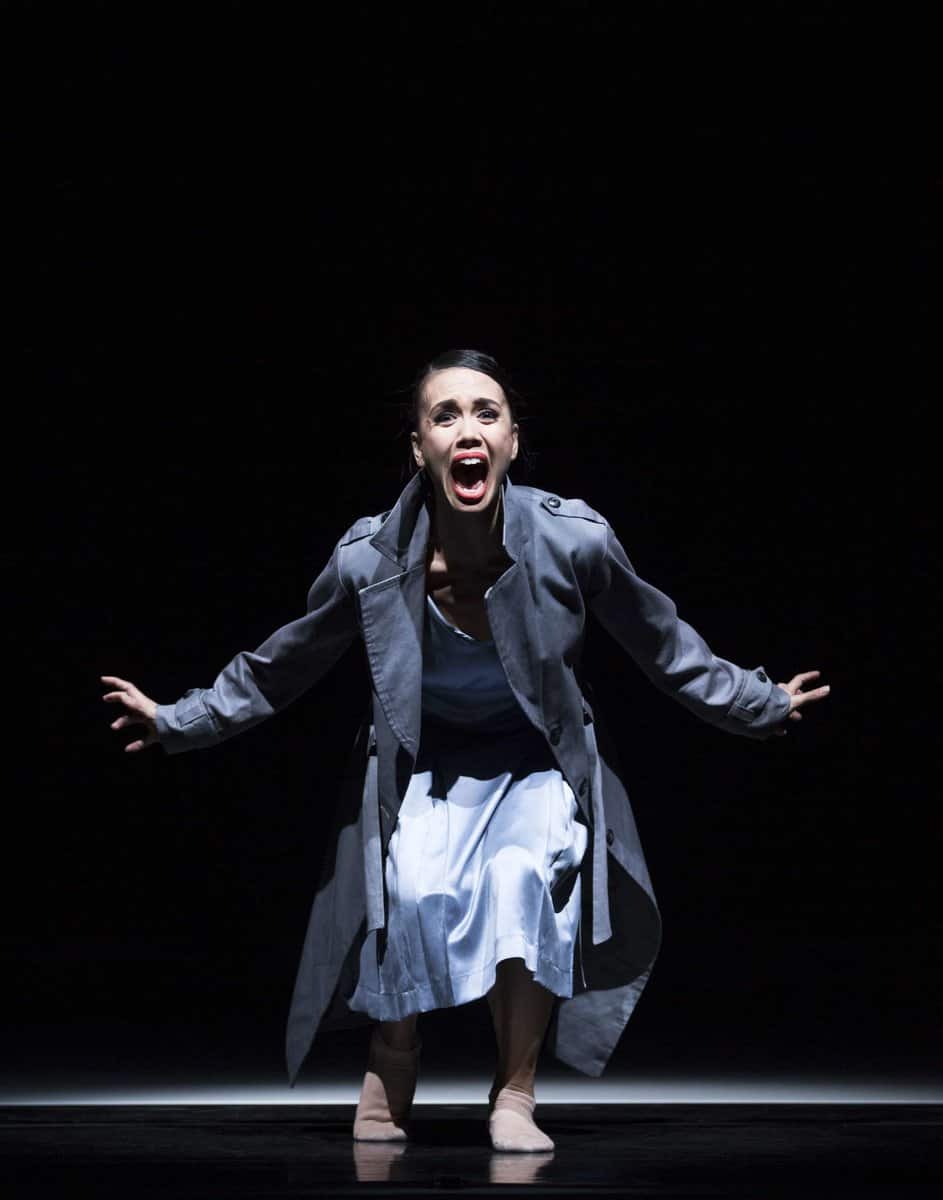 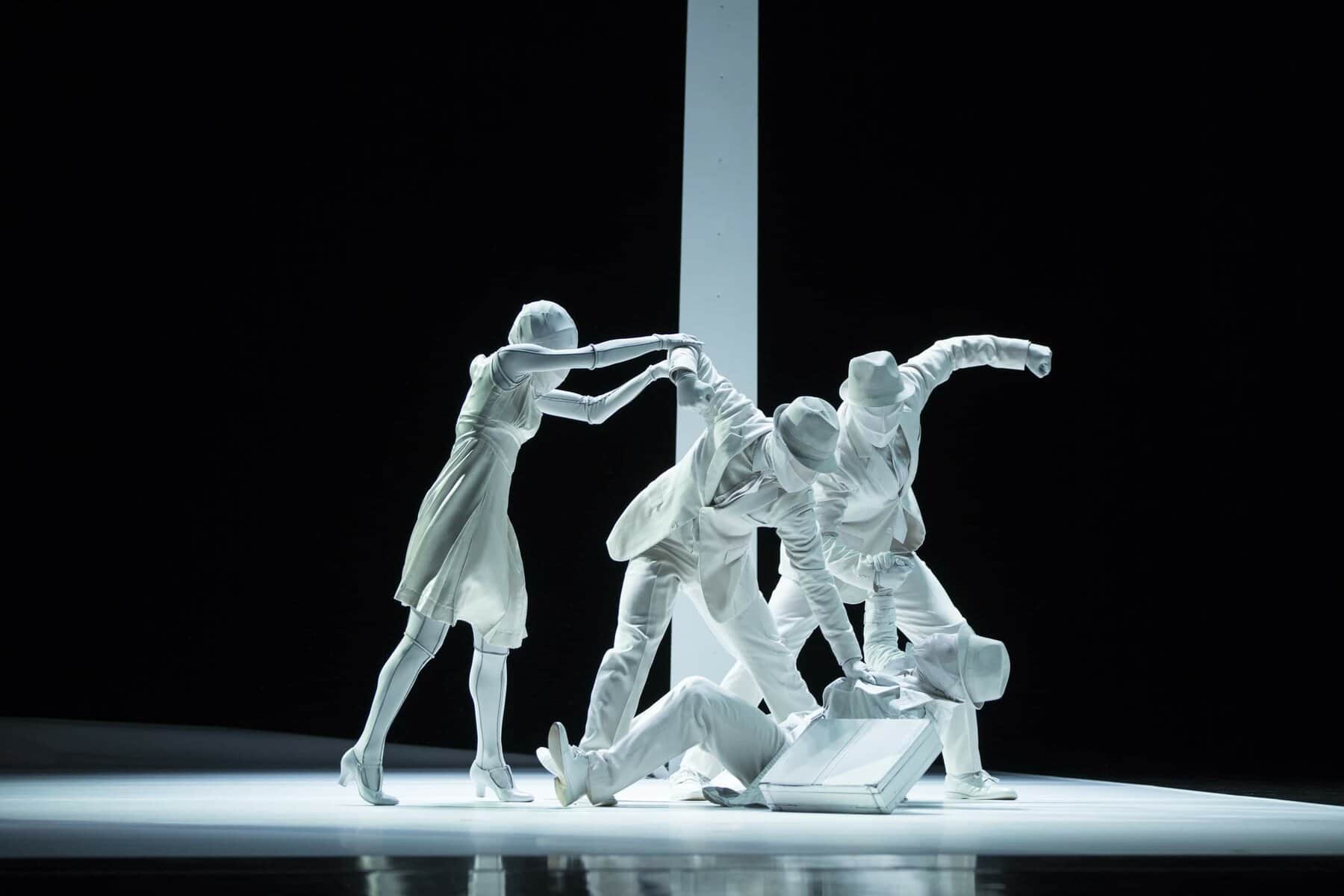 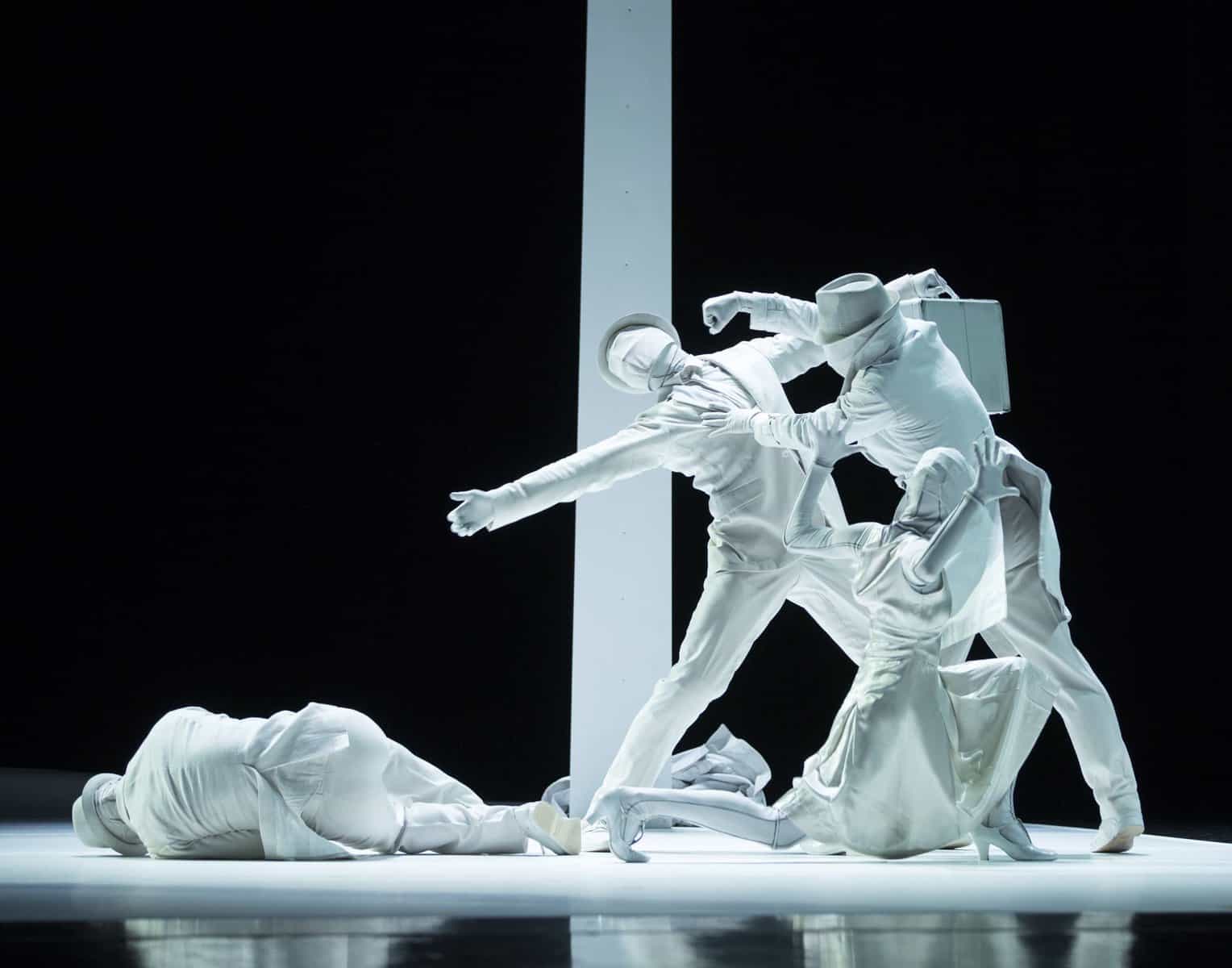 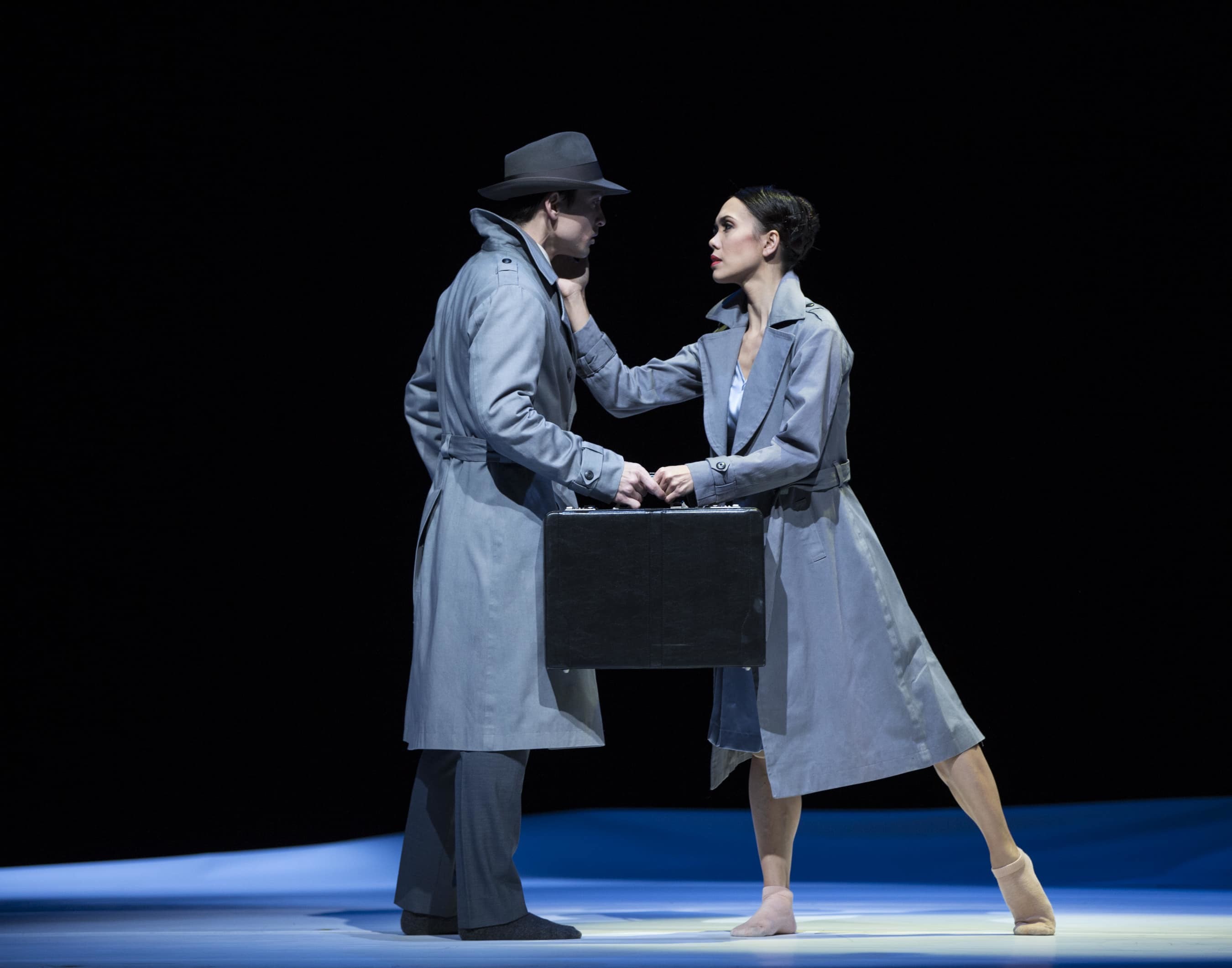 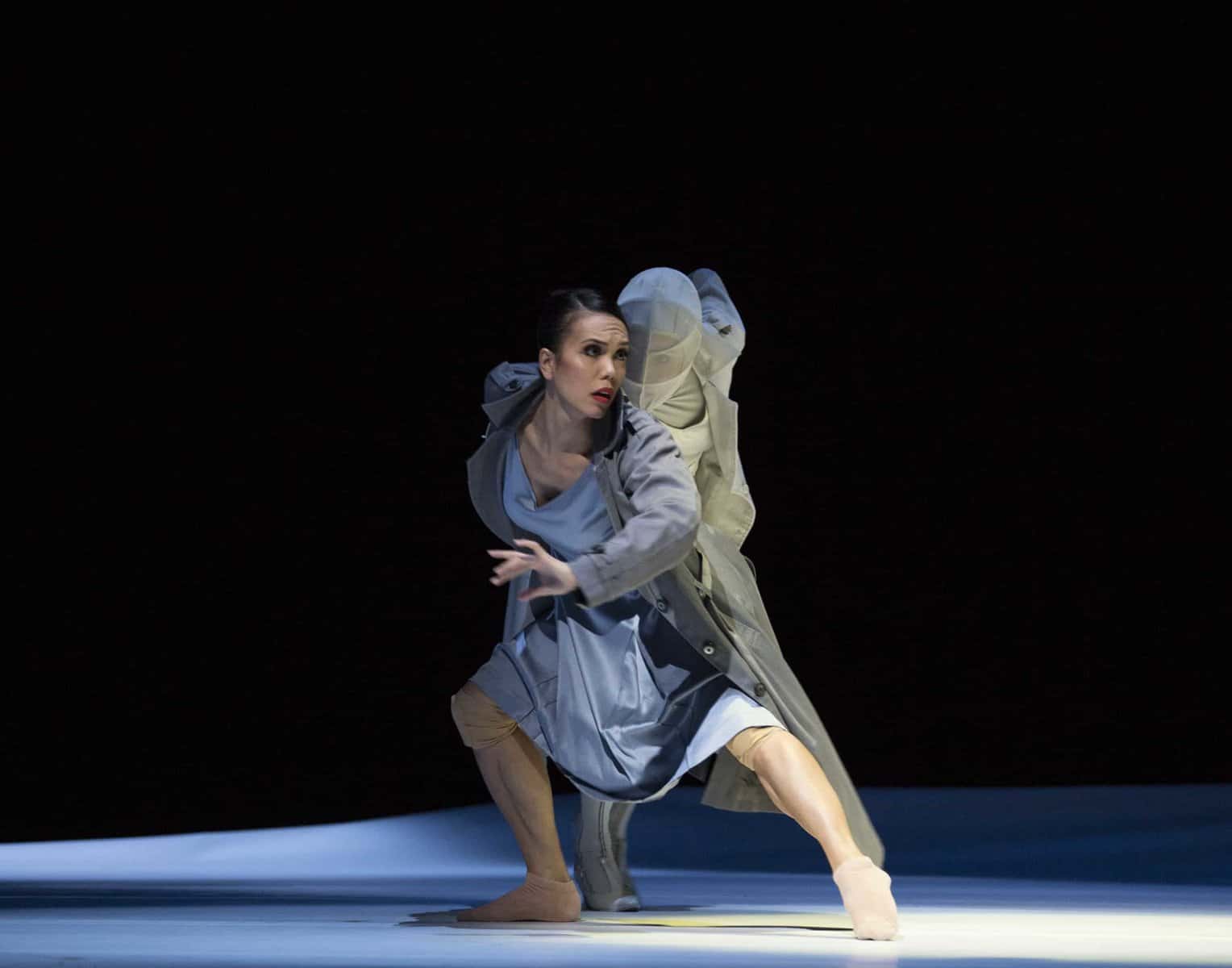 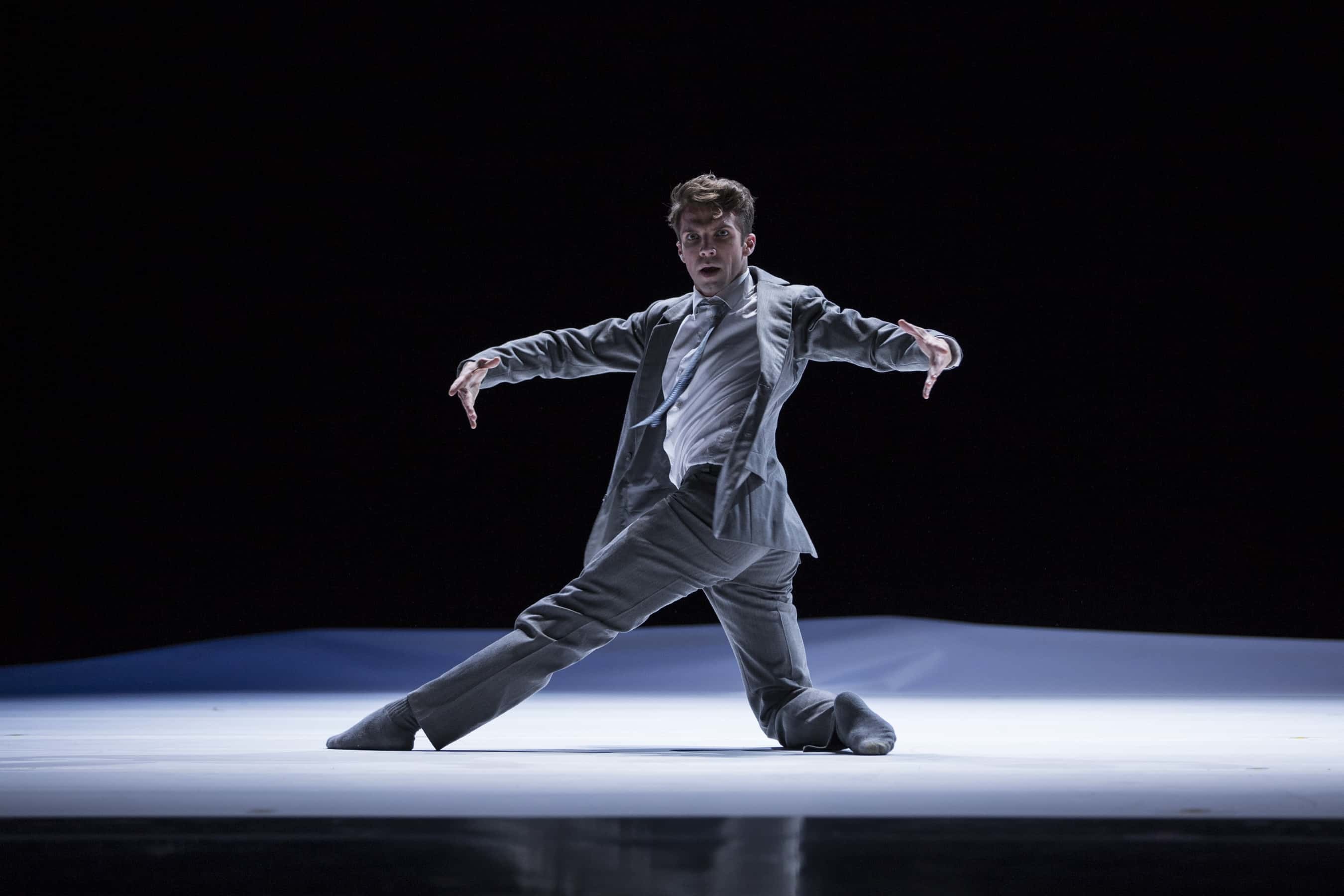 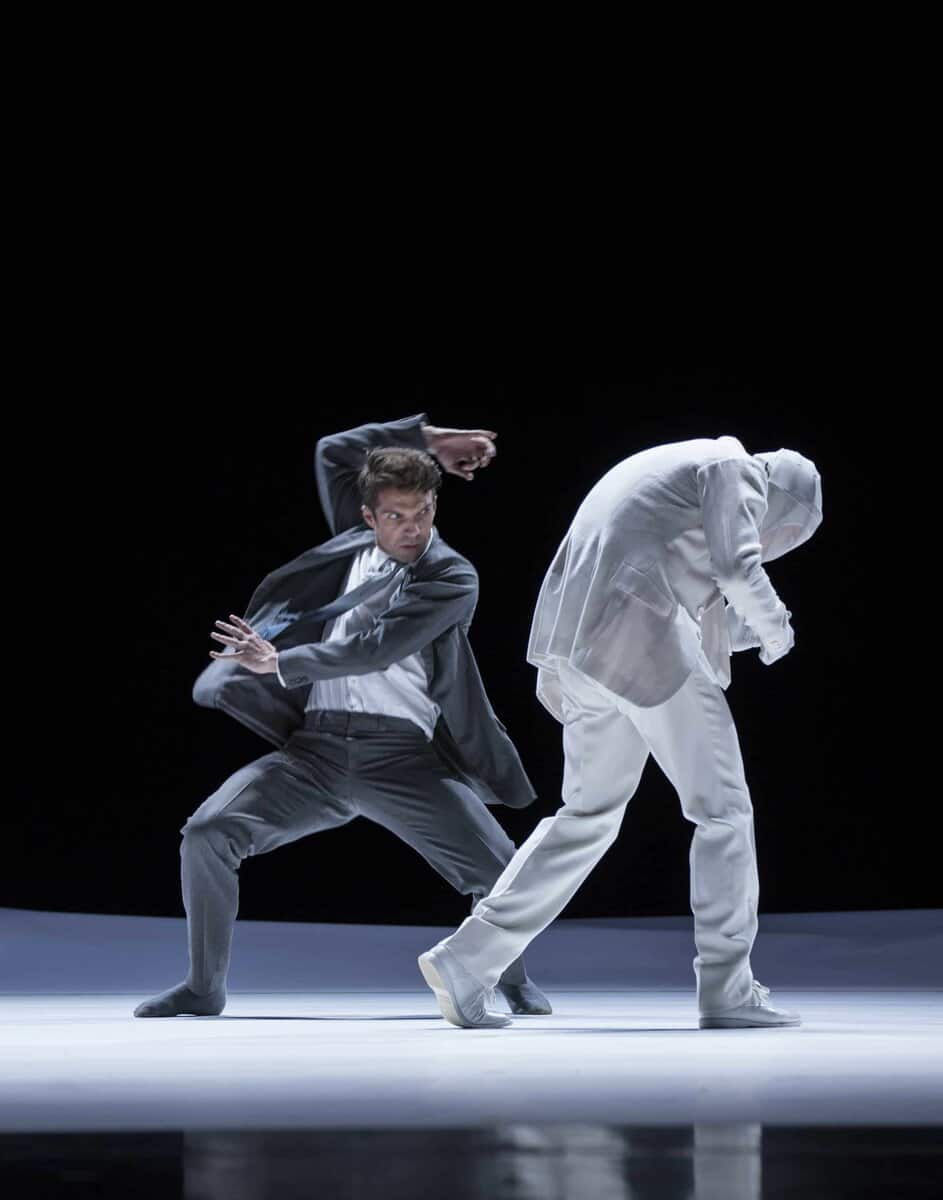 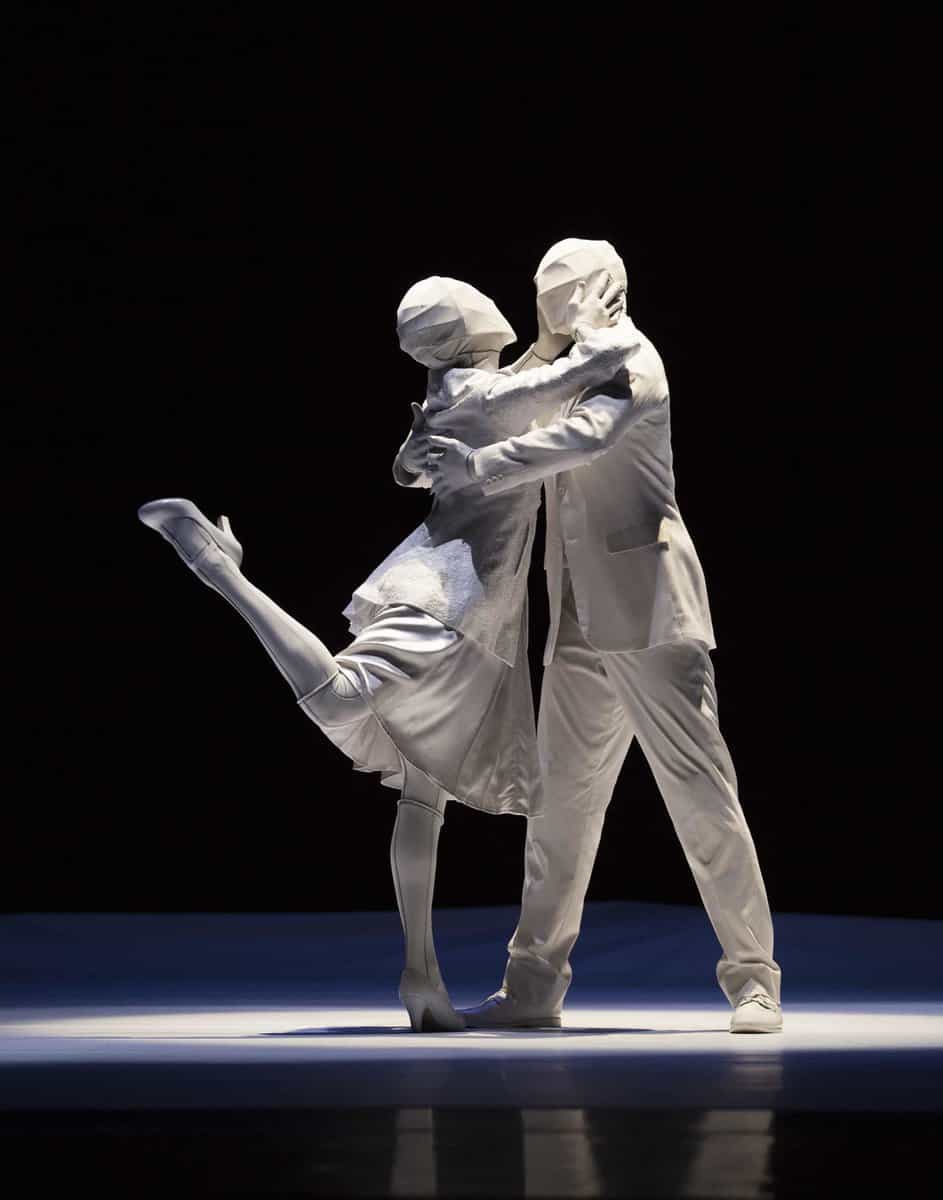