Pacific Northwest Ballet’s production of Cinderella, conceived and choreographed in 1994 by Founding Artistic Director Kent Stowell, is a sweet and tender story of love lost and found. In sustaining this romantic focus throughout the ballet, Stowell has departed meaningfully from earlier modern versions of Cinderella, most of which take their lead from Frederick Ashton’s 1948 production for the Royal Ballet, which draws heavily on the English music hall tradition. These Cinderellas, Stowell believes, are more comic-tragic than romantic in feeling. And, wedded to the original 1940’s score, which Sergei Prokofiev modeled on the 19th-century ballets of Marius Petipa, they favor theatrical variety over narrative and emotional cohesiveness.

Restoring the continuity of Cinderella’s story and its feeling became Stowell’s guiding principle in the design of PNB’s production. Central to this conception is the contrast between the Real World and the Dream World of Cinderella’s experience. As a young woman whose beloved mother has died and whose father has remarried, she dreams of the happiness of the past even as she tries to cope bravely with the unhappiness of her new home life. When her fairy godmother appears, and is the same figure as the mother she remembers, it’s clear that the love Cinderella experienced as a child remains with her in adulthood—a deep store of wisdom and hope to guide her towards future happiness. As she meets the Prince at the ball in Act II and as he searches for and finds her in Act III, the emphasis is steadily on the realization of a love relationship that restores a lost wholeness.

To achieve this narrative and emotional continuity, some revision of the Prokofiev score was necessary. For example, Prokofiev wrote incidental music for the play Eugene Onegin that has been incorporated into Act I, making the dance lesson a meaningful contrast between Cinderella’s natural grace and the stepsisters’ awkwardness. A waltz that ended Act I now opens Act II, so that our first musical impression of the ball is of a glorious atmosphere for romance. And incidental music from Prokofiev’s opera The Love for Three Oranges provides ideal music for The Theatre of Marvels—a new scene conceived by Stowell that re-enacts the moral and psychological issues of the entire ballet.

With resplendent costumes by Martin Pakledinaz and sets by Tony Straiges that evoke an exquisite 18th-century world, PNB’s Cinderella is a fully realized romantic fairy tale for our time.

As the curtain rises, Cinderella is daydreaming about a happier life someday in which she will be loved and valued. Her fantasy is interrupted by her stepmother and her two unkind stepsisters who are busy getting ready for the Prince’s Ball that evening. All three treat Cinderella as if she is their servant and force her to work day and night. Although her father loves her very much, he is berated by his wife and seems helpless to protect Cinderella. Somehow, Cinderella remains cheerful and helpful to everyone

Suddenly, an old woman in need appears, and Cinderella befriends her. Something about this mysterious figure reminds Cinderella of her beloved mother, who died when Cinderella was young. As she gazes at her mother’s picture in the locket she wears around her neck, Cinderella remembers her happy childhood and her loving parents.

Her reverie fades and preparations for the ball move into high gear. Clothiers, wigmakers, and milliners display their finery and dress the family for the great event. A dancing master arrives, who tries without success to coach the stepsisters in a few steps. Finally everything is ready, and the family departs for the ball. Only Cinderella is left behind. Wishing that she, too, could go to the ball, she imagines she is there dancing with the Prince.

Again, the mysterious woman appears. This time she reveals her true identity as Cinderella’s Fairy Godmother. Introducing fairies representing the four seasons, she shows Cinderella the possibilities that life holds for change and happiness. After an exuberant dance of celebration, the Fairy Godmother and the four seasons bestow on Cinderella everything she needs to go to the ball, including a golden coach. With a final warning that she must leave the ball by midnight, they bid her a fond farewell.

At the Prince’s palace, the magnificent ball is underway. The Prince enters and greets his guests, including the stepsisters and their ambitious mother, who are eager to attract his special attention. When Cinderella arrives, the entire court is captivated by her loveliness, especially the Prince. Making their way through the waltzing couples, Cinderella and the Prince dance for each other and express their joy that they have met.

The Master of Ceremonies calls for the evening’s entertainment, and a Theatre of Marvels presents a drama for the Prince and his guests.

As the entertainers depart, the court moves to the balustrade to admire the evening sky. Left alone, the Prince and Cinderella dance a pas de deux of wonder and discovery. The court returns for a last dance, and Cinderella, caught up in the thrill of the evening, forgets the Fairy Godmother’s warning. As she realizes the clock is striking midnight, she hurries to leave before the spell breaks. The Prince and the court are bewildered at her abrupt exit. Only the glass slipper remains as a clue to her identity.

At home again, Cinderella remembers the amazing events that have given her a glimpse of the happiness she seeks. Her stepsisters, for their part, grumble that the Prince has overlooked them in favor of the mysterious newcomer. Meanwhile, the Prince searches for the woman whose foot fits the glass slipper.

Eventually the Prince arrives at Cinderella’s home, where not only her stepsisters but even her stepmother are determined to try on the slipper. To their astonishment, it is Cinderella’s foot that fits perfectly.

Acknowledging their love, Cinderella and the Prince are transported to the Fairy Godmother’s realm, where dreams really do come true.

Kaori Nakamura performed an impressive repertory of full-length and mixed repertory works in her career as a principal dancer at Pacific Northwest Ballet. Her portrayals of classic ballet heroines (Cinderella, Aurora, Clara, Juliet, among others) were appreciated (lauded?) by audiences at home in Seattle and on tour. Originally from Gumma, Japan, she trained at the Reiko Yamamoto Ballet Company and the School of American Ballet. In 1986, she won first prize at the Prix de Lausanne competition, and in 1988, she won a bronze medal at the International Ballet Competition in Varna, Bulgaria. Ms. Nakamura joined Royal Winnipeg Ballet in 1990, where she was made a soloist, and joined PNB as a soloist in 1997 and was promoted to principal in 1998. Ms. Nakamura joined the faculty of PNB School in 2014 upon her retirement.

A prolific scenic and costume designer for musical theater, Tony Straiges has also designed for Pacific Northwest Ballet, Joffrey Ballet, and American Ballet Theatre. He is best known for his sets for Broadway hits Sunday in the Park with George (1984) and Into the Woods (1987). Models of his designs are included in museums around the United States.

Emil de Cou has been PNB’s Music Director and Principal Conductor since 2011. He has conducted many of the nation’s major ballet and symphony orchestras, including American Ballet Theatre, San Francisco Ballet, and the National Symphony Orchestra, where he was associate conductor. He is currently conductor of the NSO at Wolf Trap Foundation for the Performing Arts and also serves as a musical consultant for NASA.

Josh Archibald-Seiffer is a Seattle-based pianist and music director. Production highlights include West Side Story; Kiss Me, Kate; Ragtime (The 5th Avenue Theatre); Matilda (Village Theater); and School of Rock (Village Theater KIDSTAGE). Archibald-Seiffer is also a proponent of contemporary classical music and new works. He was a featured pianist at “Earle Brown: A Retrospective,” a concert supported by the Earle Brown Foundation as well as a featured guest performer for the Seattle Polish Cultural Society’s Lutoslawski Centenary Celebration. He holds an MM from the University of Washington and a BA from Stanford University, both in Music Composition. 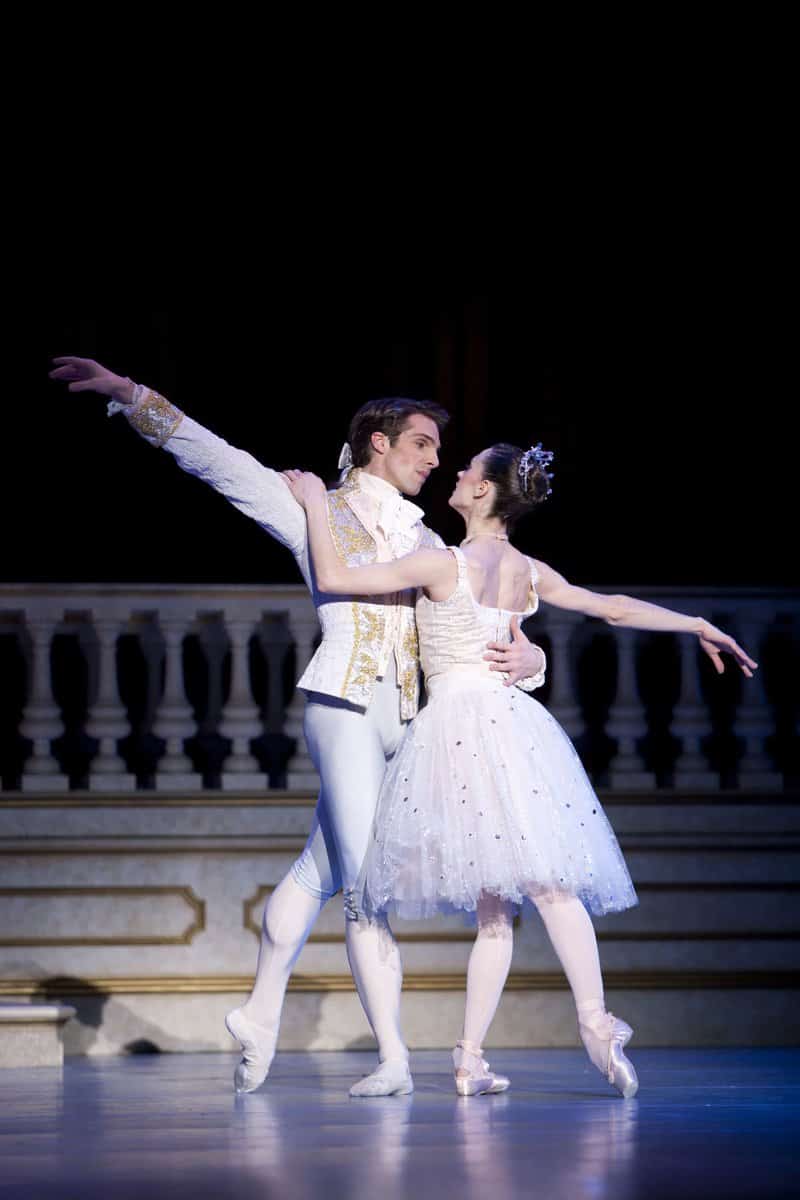 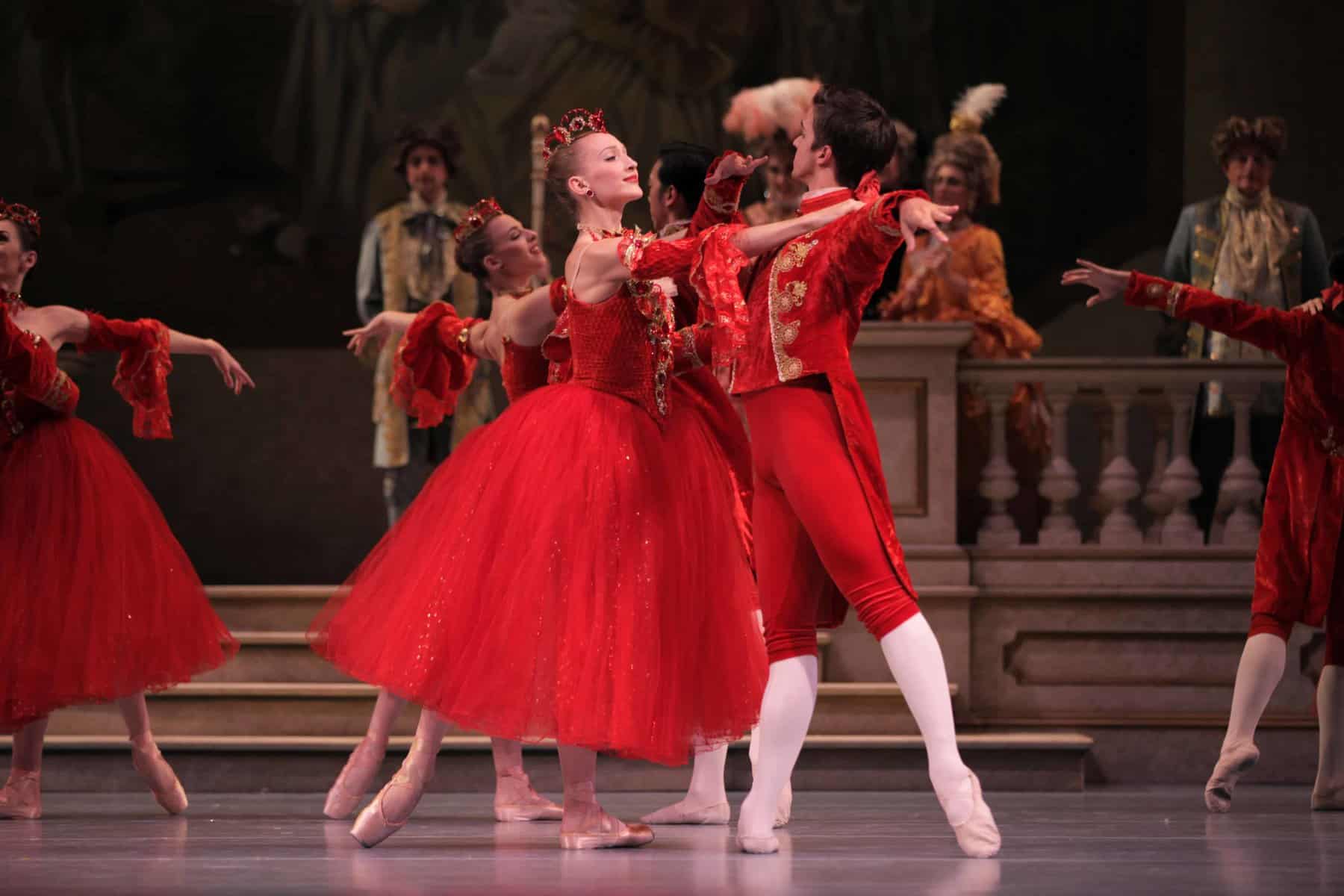 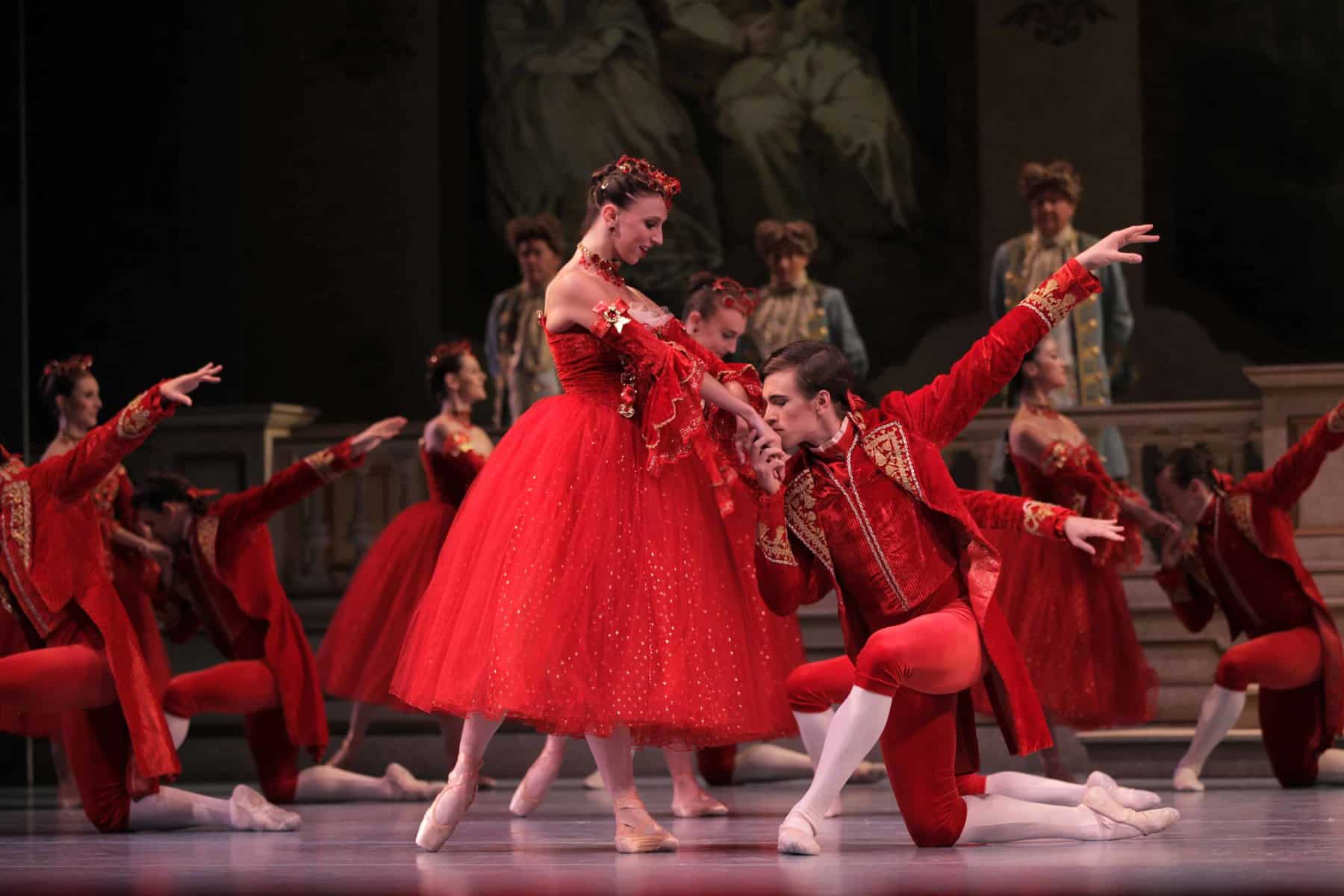 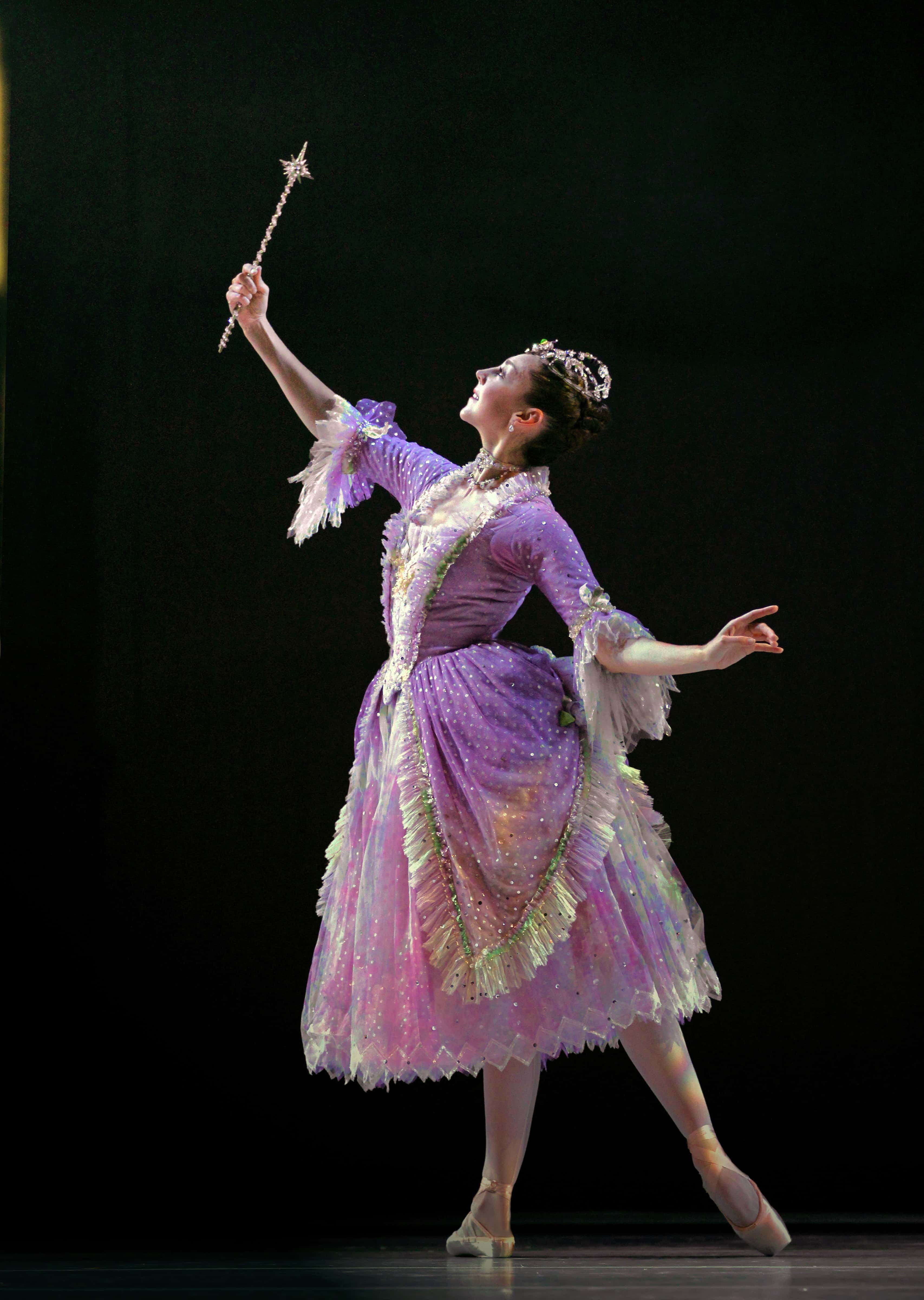 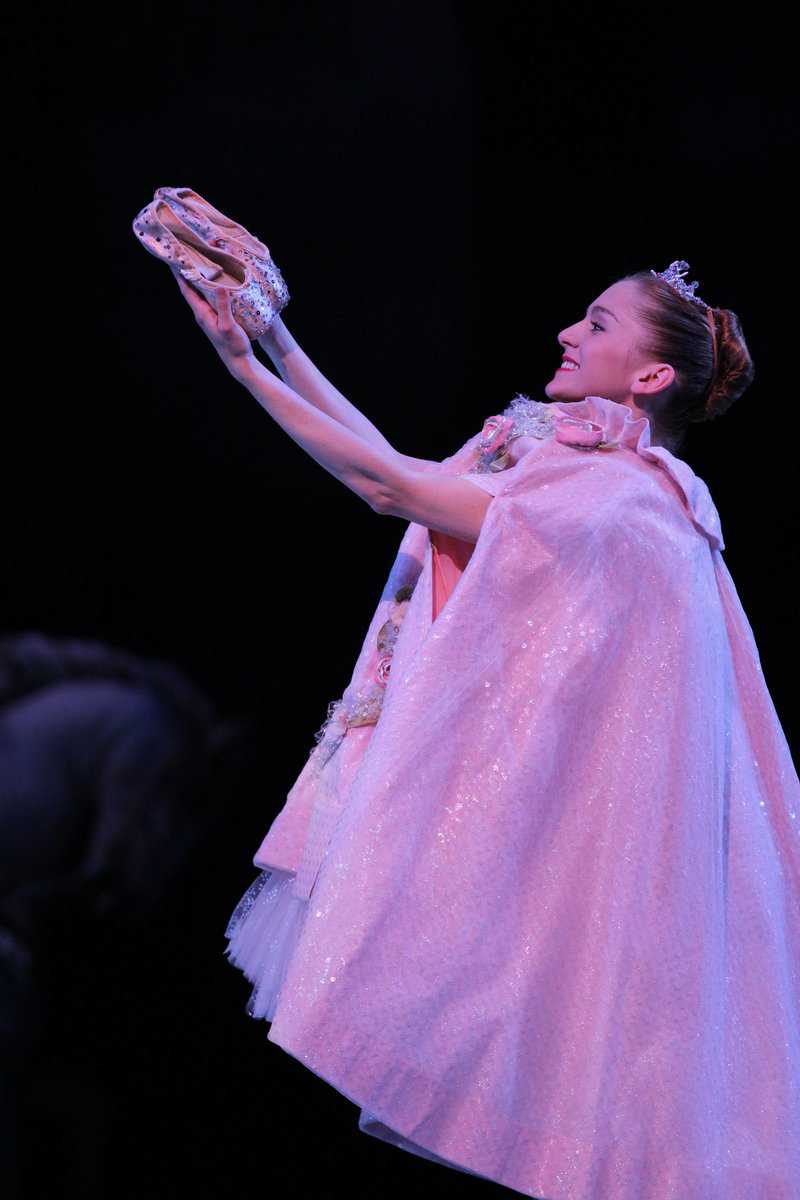 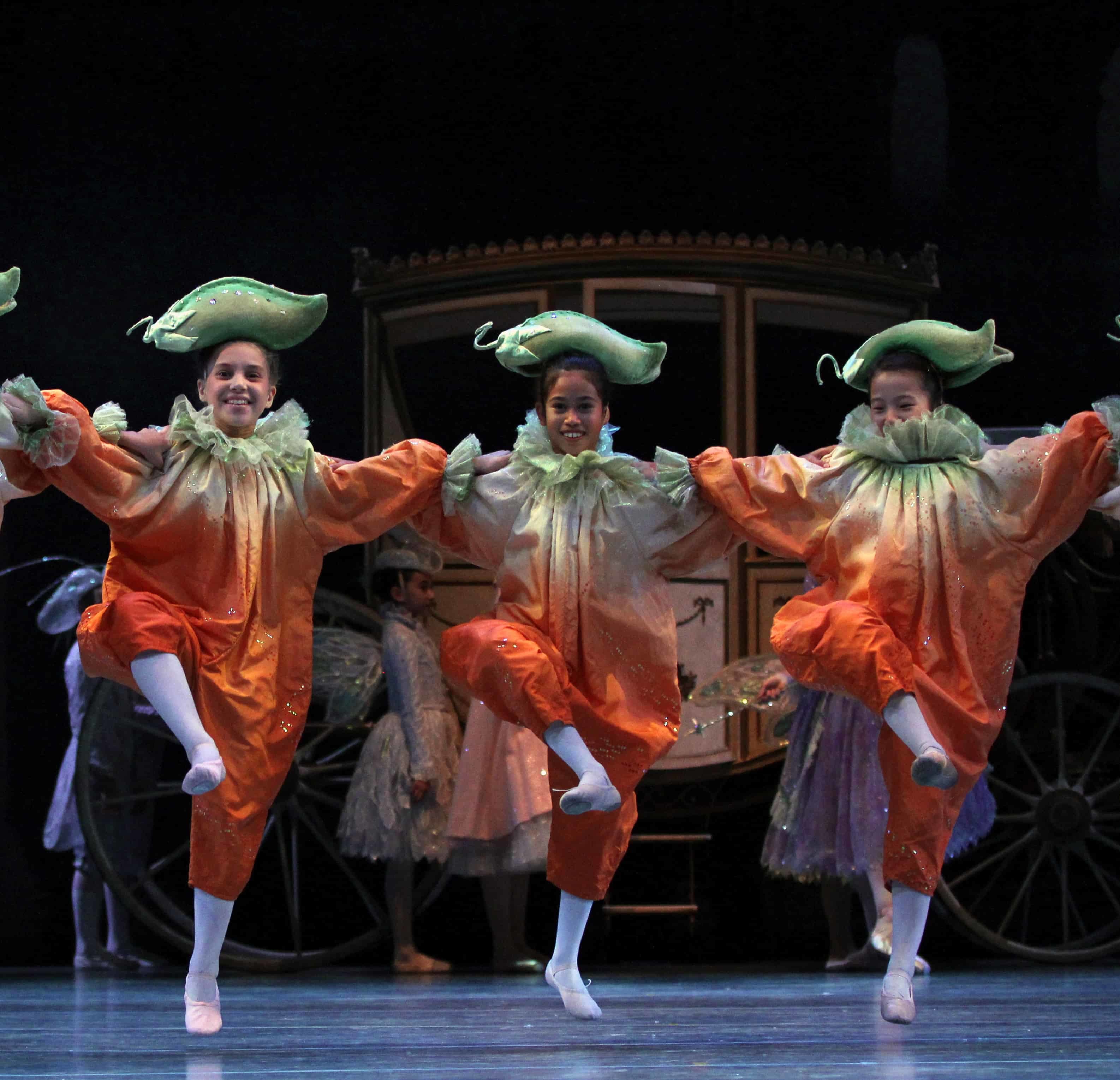 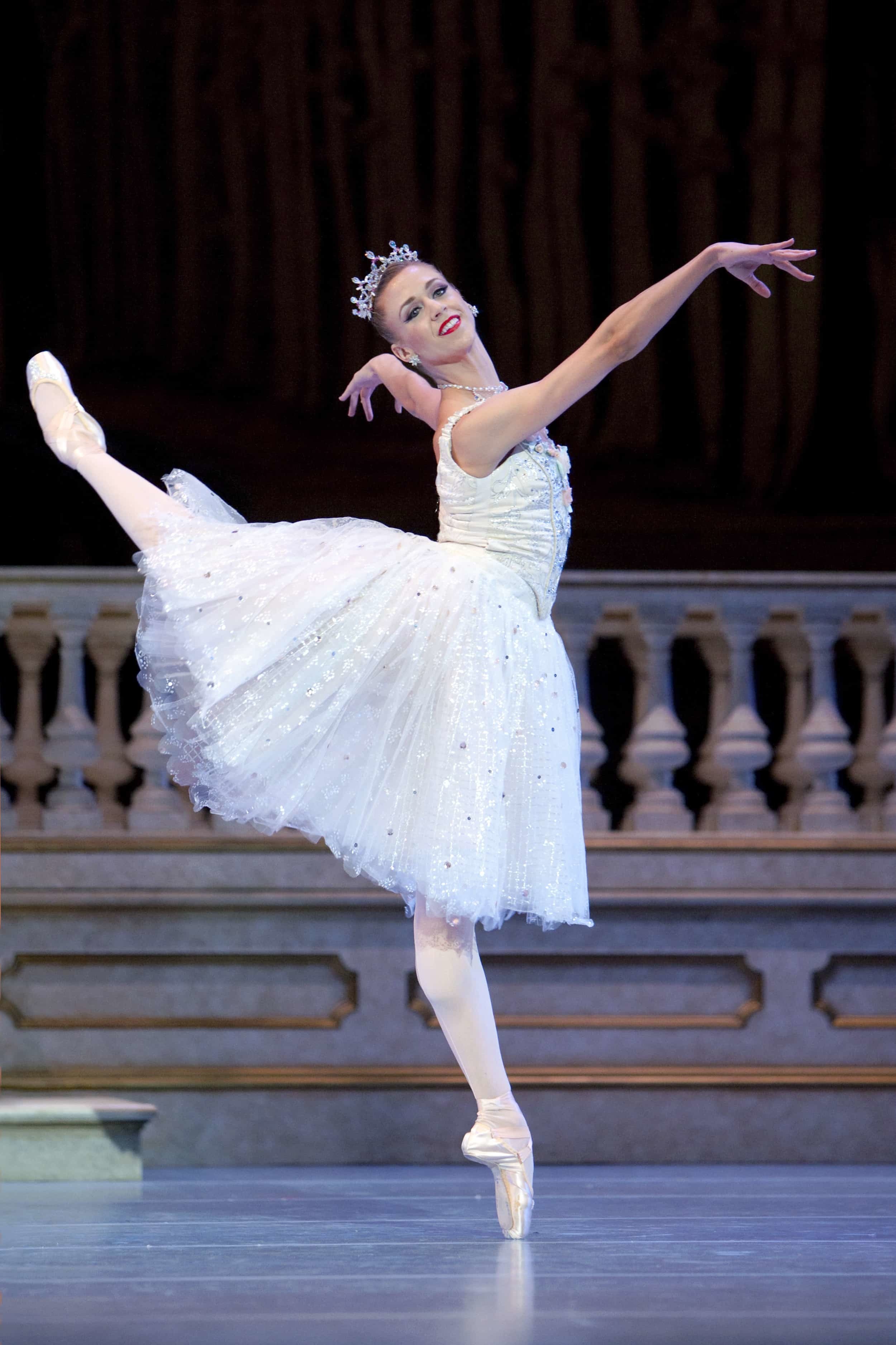 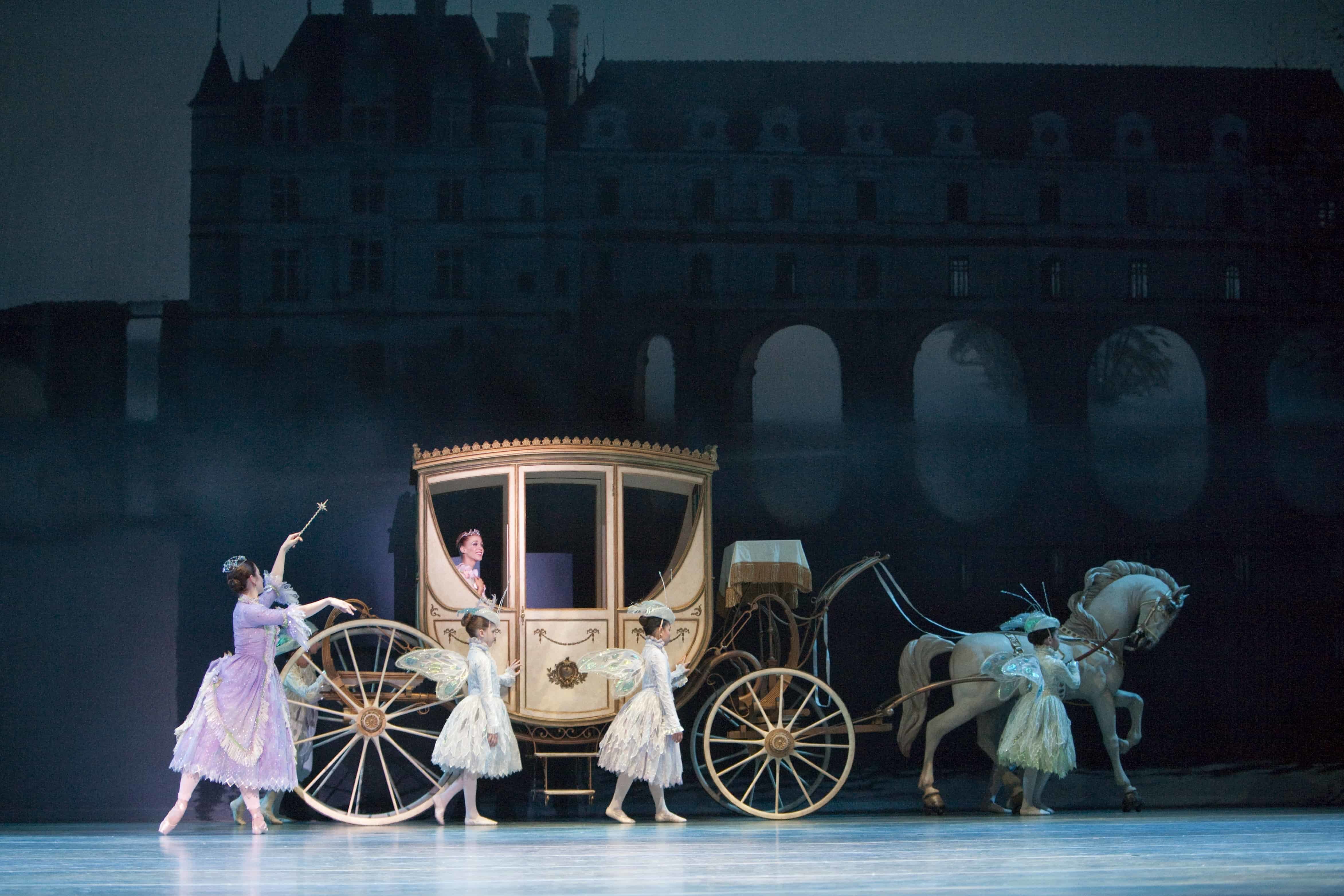 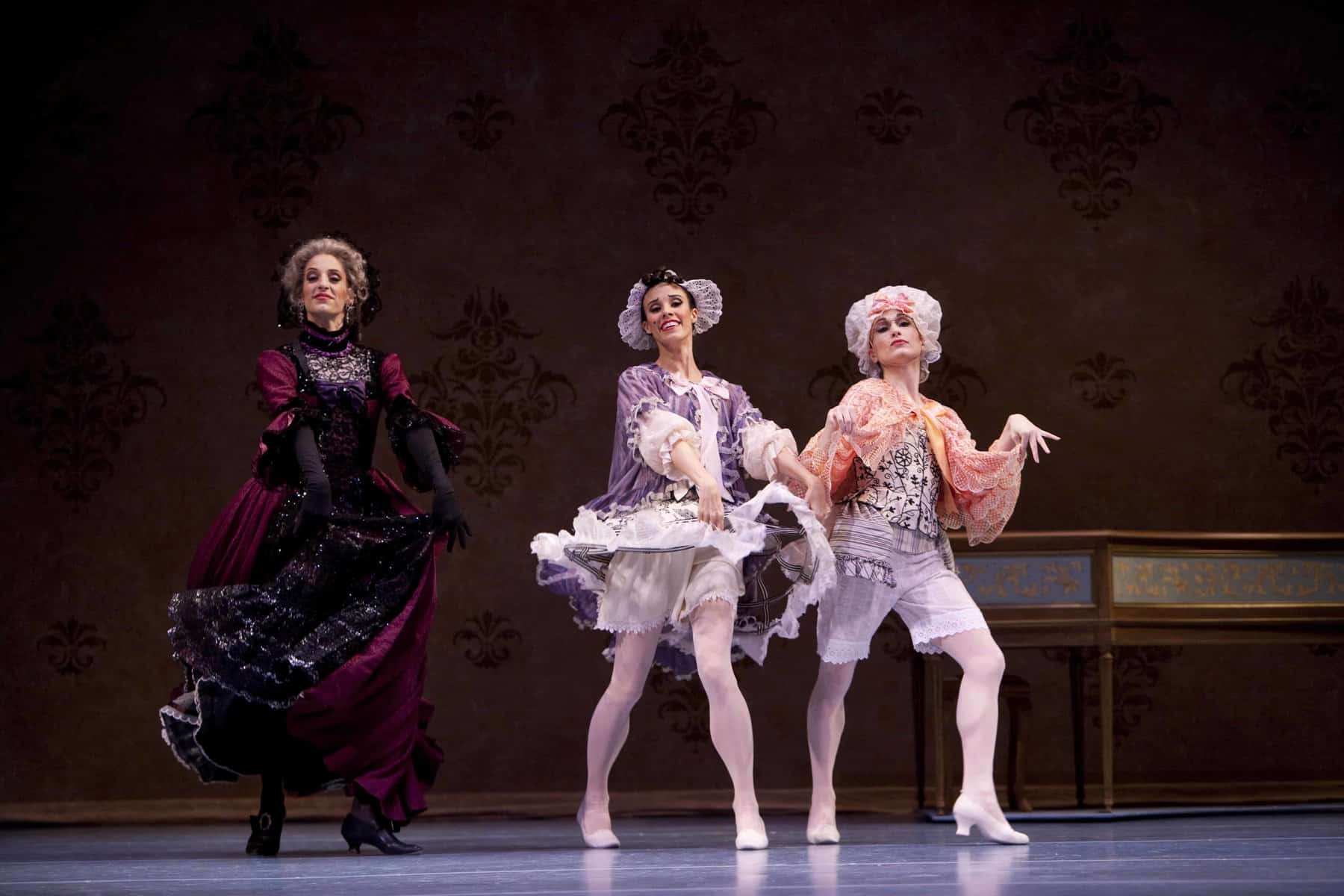 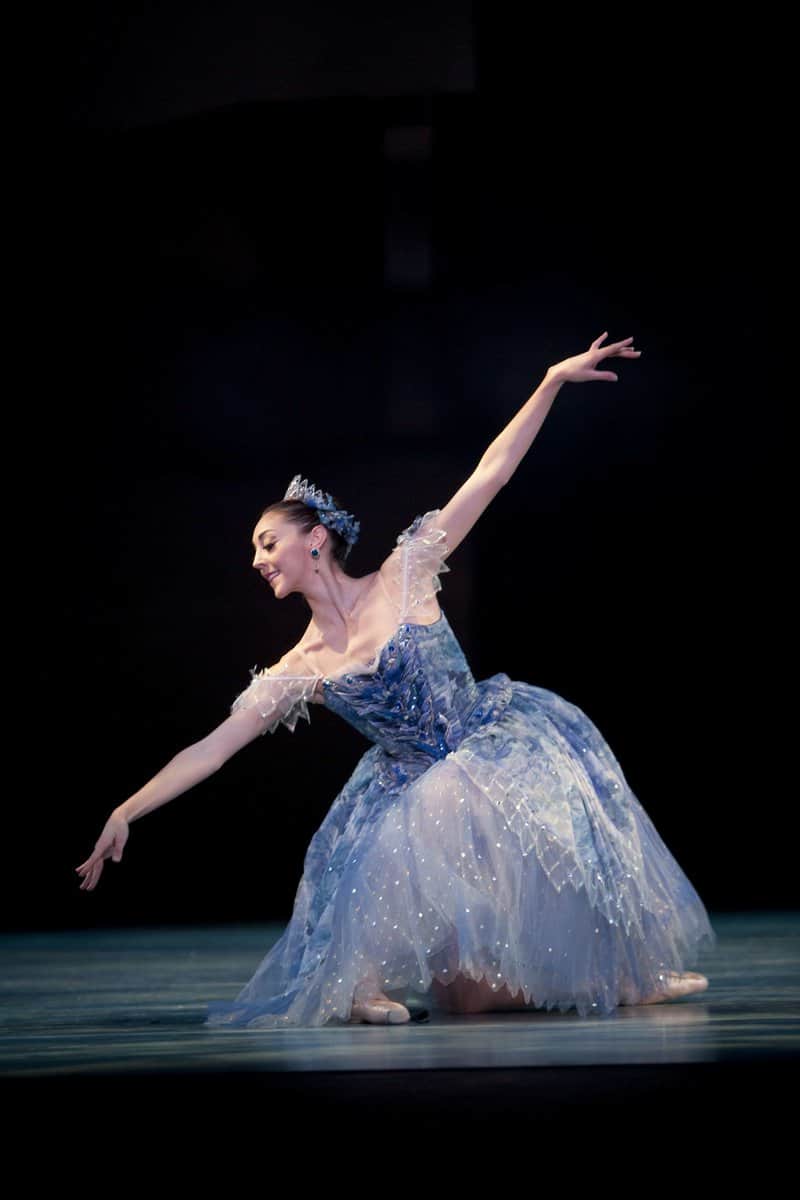 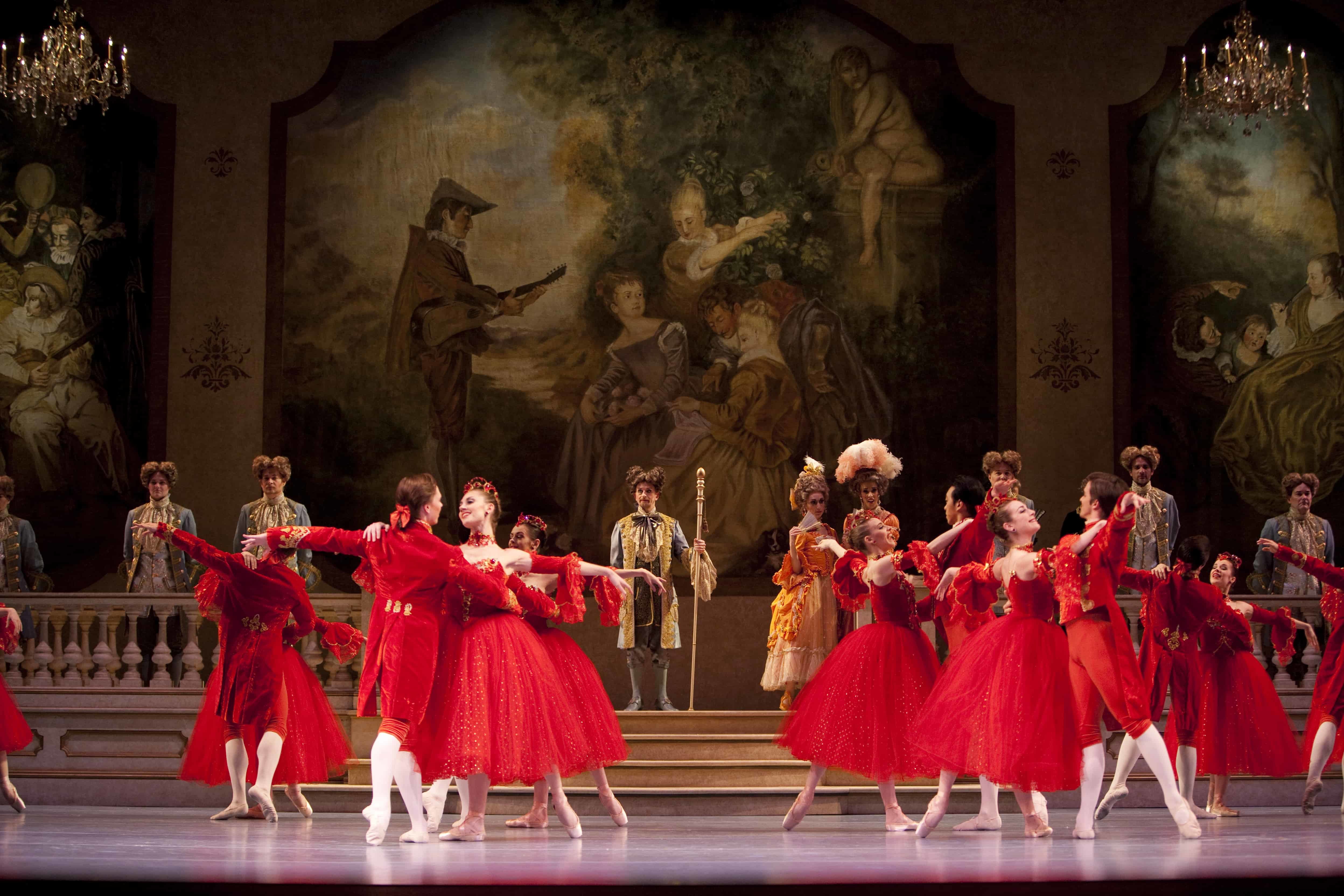 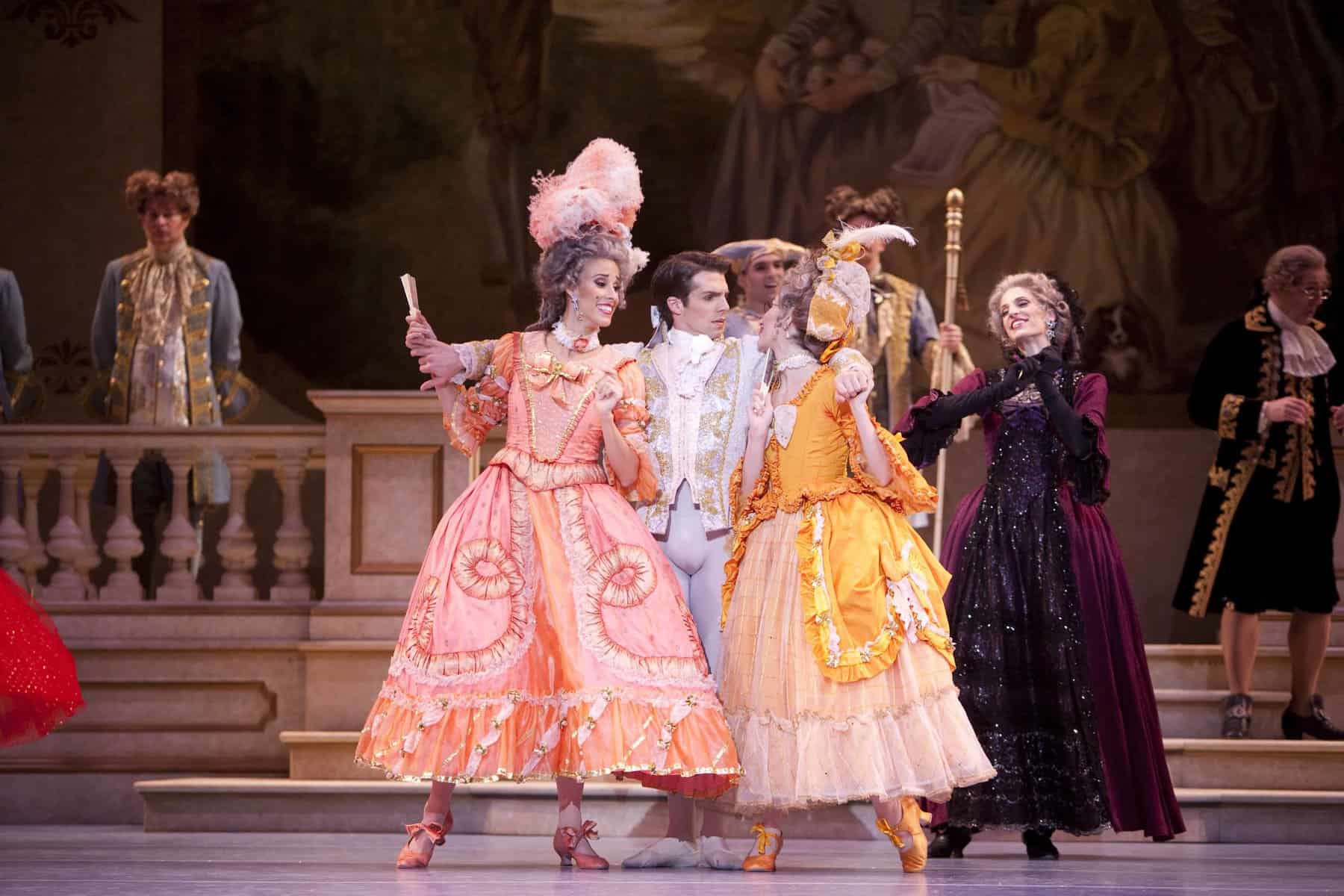 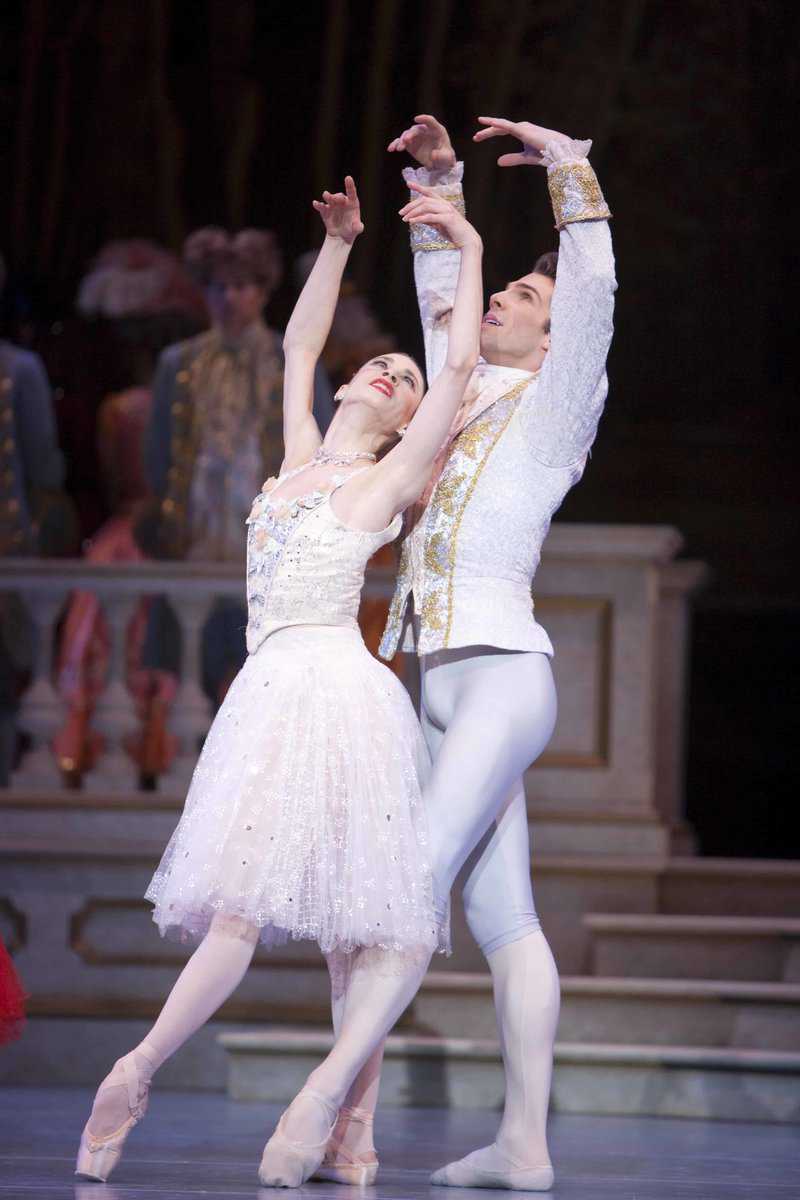 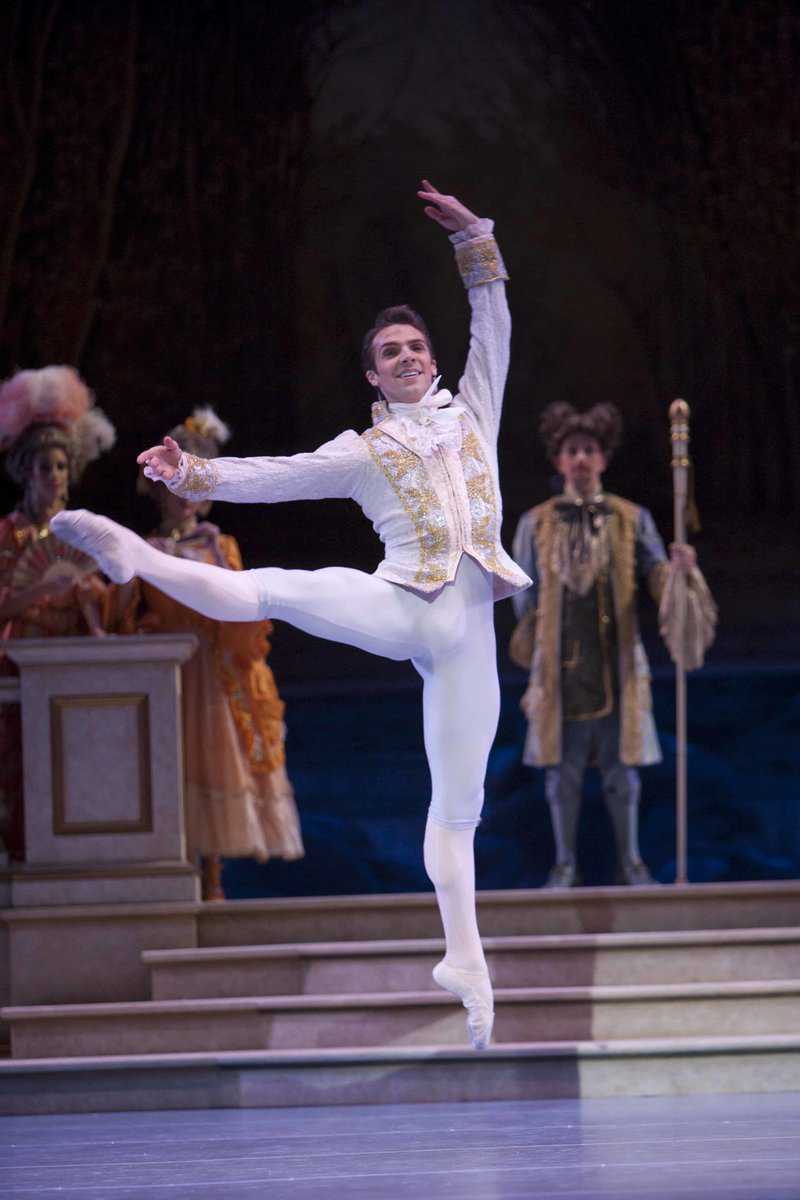 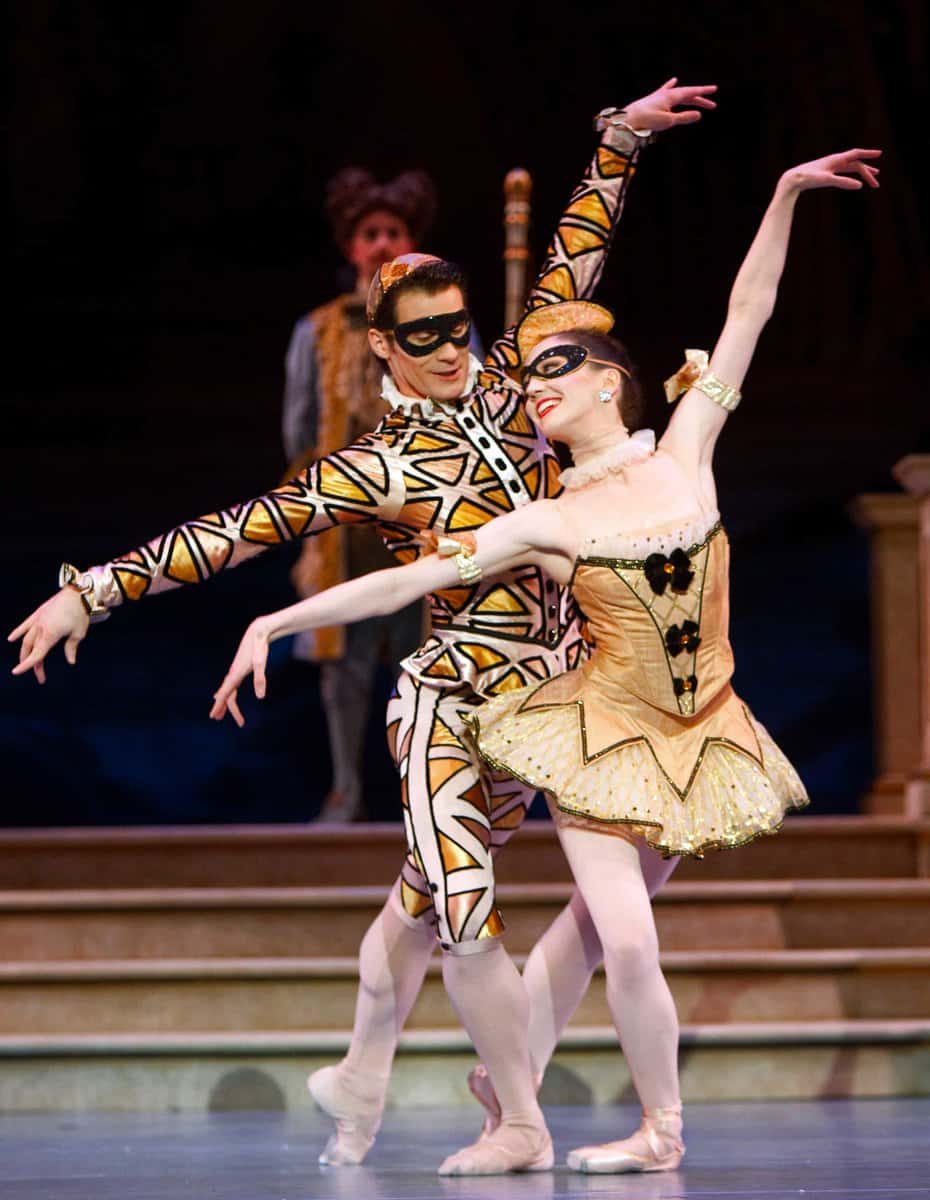