“The power of Maillot’s production, and this cast in particular, is the emotional impact. As an audience member you feel the roller coaster from ecstasy to sorrow. Even though it’s tragic, it’s too achingly beautiful to look away.”

“This cinematic production was undergirded with minimal yet effective set pieces and costumes that made our heroine and hero stand out.  Certainly this production could not have been at the level it was without the mighty PNB Orchestra playing Prokofiev’s score under the watchful eye and baton of Emil de Cou.”

“The drama is appropriately complimented by a muted and inventive set (designed by Ernest Pignon-Ernest) of white panels that shift and move to frame each scene, and a ramp protruding down to centre stage that serves multiple purposes – as a bed, as Juliette’s balcony – and adds depth and interest to the scene.”

“Pantastico and Moore danced as if possessed by love, perpetually interwoven in what seemed like the movement equivalent of finishing each other’s sentences.”

In his version of Roméo et Juliette, choreographer Jean-Christophe Maillot has taken formal inspiration from the episodic character of Sergei Prokofiev’s classic score, structuring the action in a manner akin to cinematic narrative. Rather than focusing on themes of political-social opposition between the two feuding clans, this Romeo and Juliet highlights the dualities and ambiguities of adolescence. Torn between contradictory impulses, between tenderness and violence, fear and pride, the lovers are caught in the throes of a tragedy that exemplifies their youth and the extreme emotions and internal conflicts that characterize that time of life—a time of life when destiny, more than at any other moment, seems to escape conscious control, and when the inner turmoil occasioned by passions and ideals can sometimes have disproportionate—even fatal—consequences. In evoking this fragile and volatile state of being, the painter Ernest Pignon-Ernest has created a decor marked by transparency and lightness: a play of simple forms that reveals an underlying complexity of meaning.

A long time ago, there lived in Verona two rich and powerful families—the Montagues and the Capulets—who hated each other with mutual ferocity and loathing. It was customary for the young people of each family to regard one another with strong suspicion and to seek the slightest opportunity for confrontation. The drama thus begins when a swift and deep passion is suddenly engendered between Juliet and Romeo, of the Capulet and Montague families respectively, and seems to follow a logical and inevitable progression of its own. For it is not so much the hatred between the two families that is the source of the lovers’ tragic destiny, but the law of chance, the hazards of circumstance. The instrument of this destiny is Brother Laurence, who in seeking to do good, allows the worst to happen.

Thus the story, for Jean-Christophe Maillot, begins with the presence of this imposing but powerless strategist, flanked by two acolytes, characters who are not in Shakespeare’s play, but who symbolize here two states of a single being, that hybrid self we carry within, and who in wanting to act is nonetheless acted upon. The action commences with a scene of fighting, organized around the principal protagonists of the drama: Mercutio and Benvolio for the Montagues, Tybalt for the Capulets; Juliet, daughter of the Capulets, has been betrothed by her parents to Paris. She appears at the ball her parents are giving. Romeo, who covets the unresponsive Rosalind, a guest at the ball, creeps in with his friends and unexpectedly finds Juliet instead. Falling instantly in love, a kiss consummates their first encounter and the wheel of fate is set in motion. That same night, in the Capulet garden, they declare their love, which they will seal the following day.

On the festival day in the grand square of Verona, Juliet’s nurse gives Romeo a letter that instructs him to meet his beloved at the convent, where Brother Laurence will secretly unite them. But the law of chance does not allow matters to rest there. Romeo, who dislikes the idea of fighting, finds himself obliged to avenge his friend Mercutio, mortally wounded by Tybalt, who has sought this conflict with the Montagues. In turn, Romeo kills Tybalt, Juliet’s cousin. After taking refuge with his adored Juliet for one night of love, Romeo must leave. Brother Laurence, the facilitator of this mad passion, proposes an idea to Juliet that is at once brilliant and fatal: a potion that will give her the appearance of death, but in fact merely put her into a deep sleep. But the illusion of death also fools Romeo, who Brother Laurence does not have time to warn of the ruse. Mad with despair, Romeo kills himself, unknowingly leaving a desperate Juliet to commit suicide in turn when she wakes to find him dead. 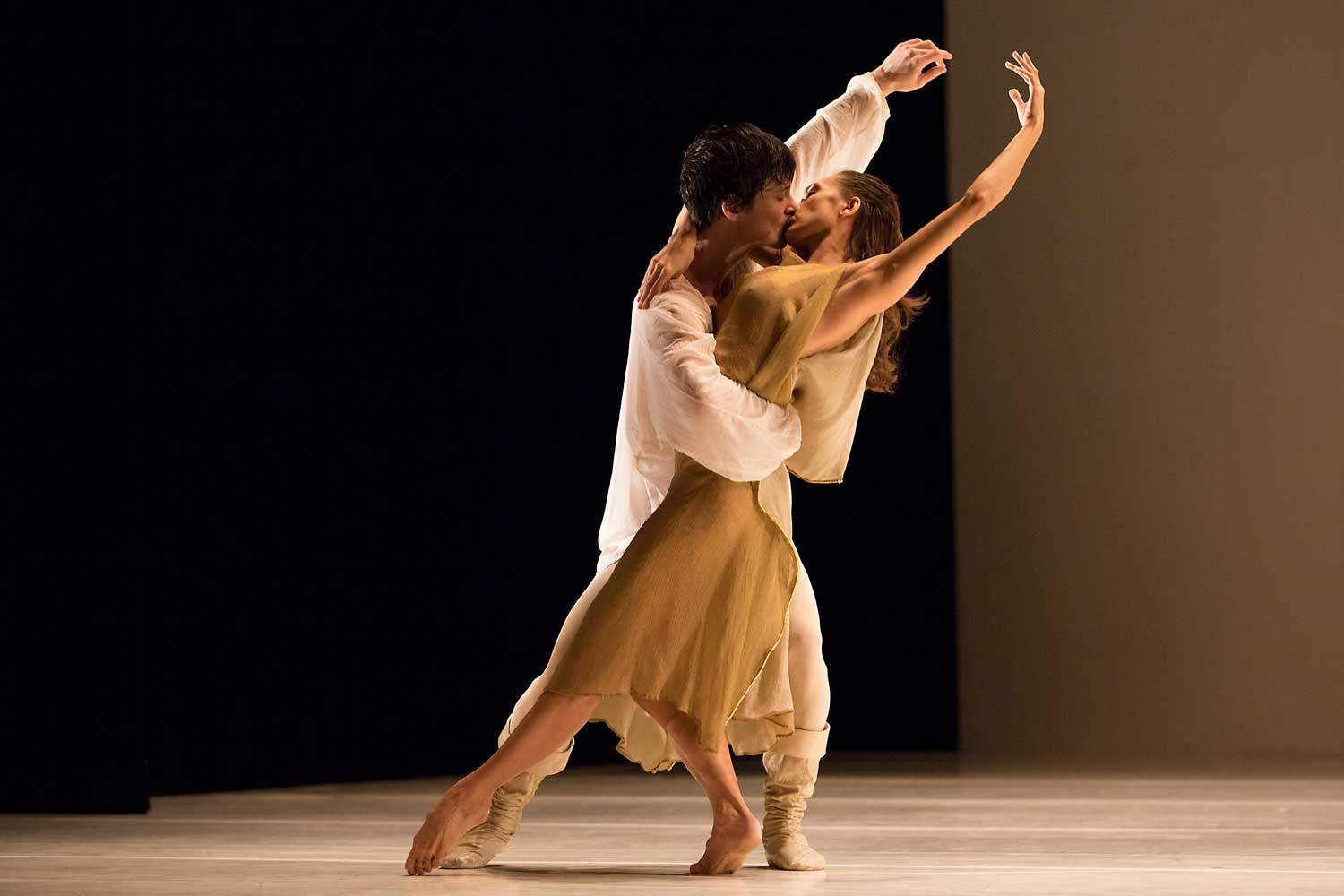 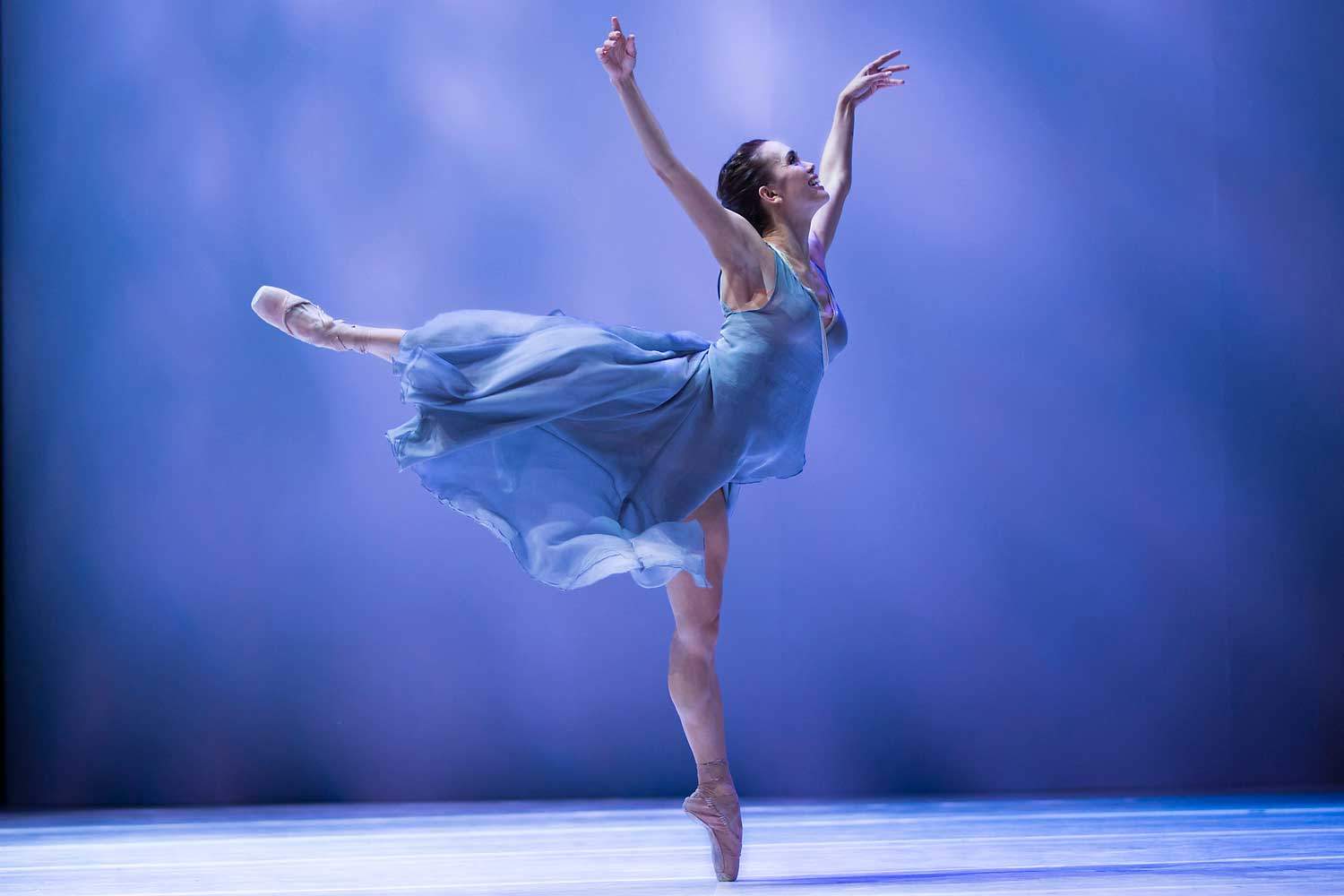 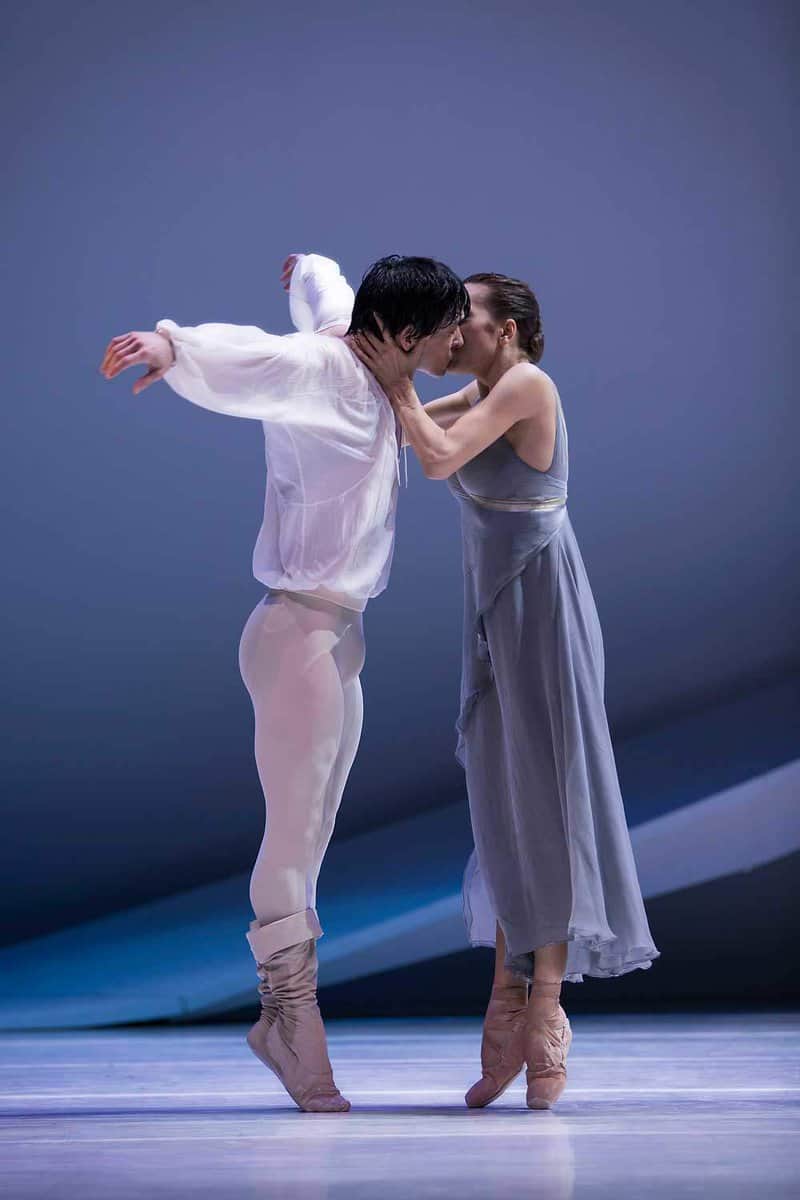 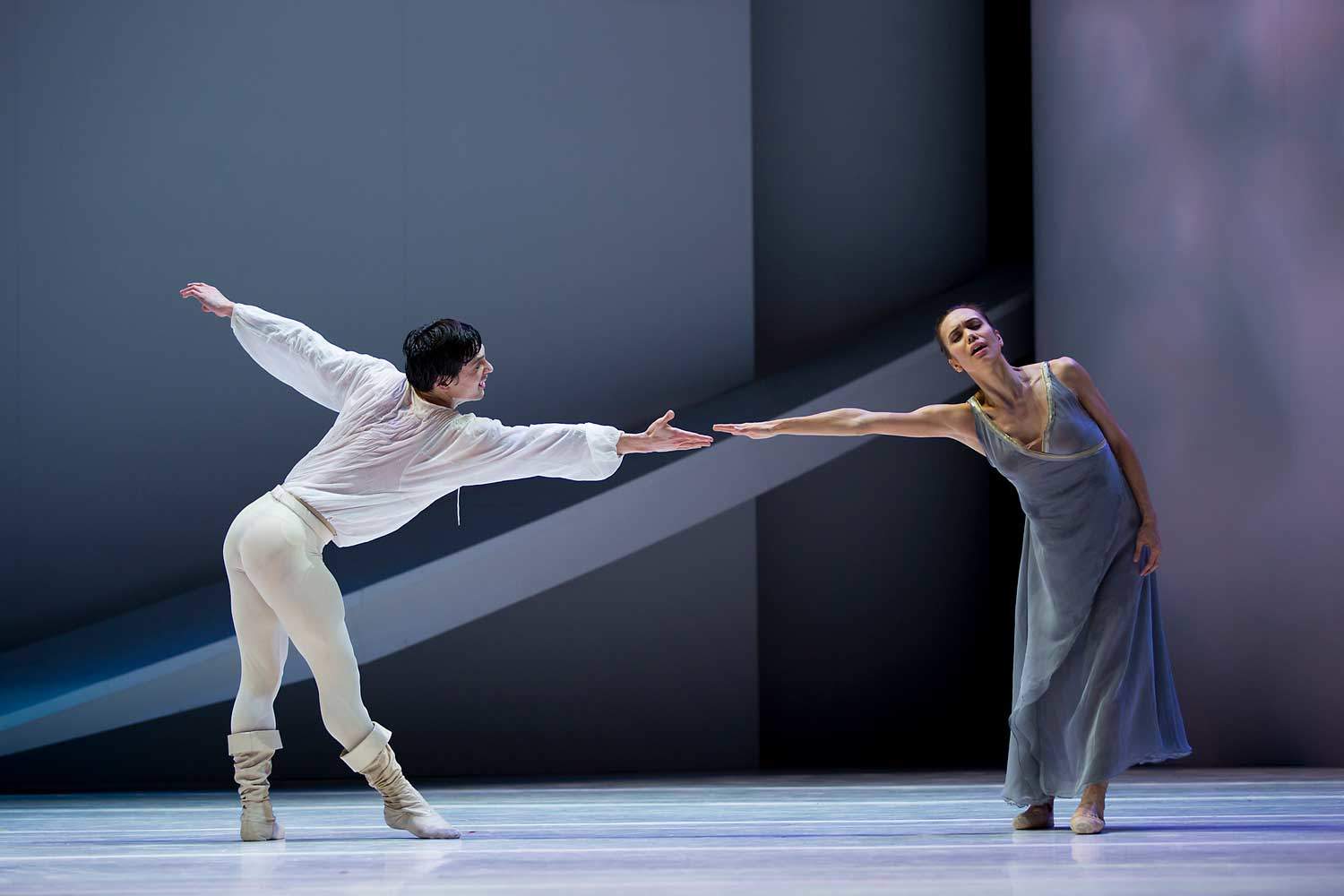 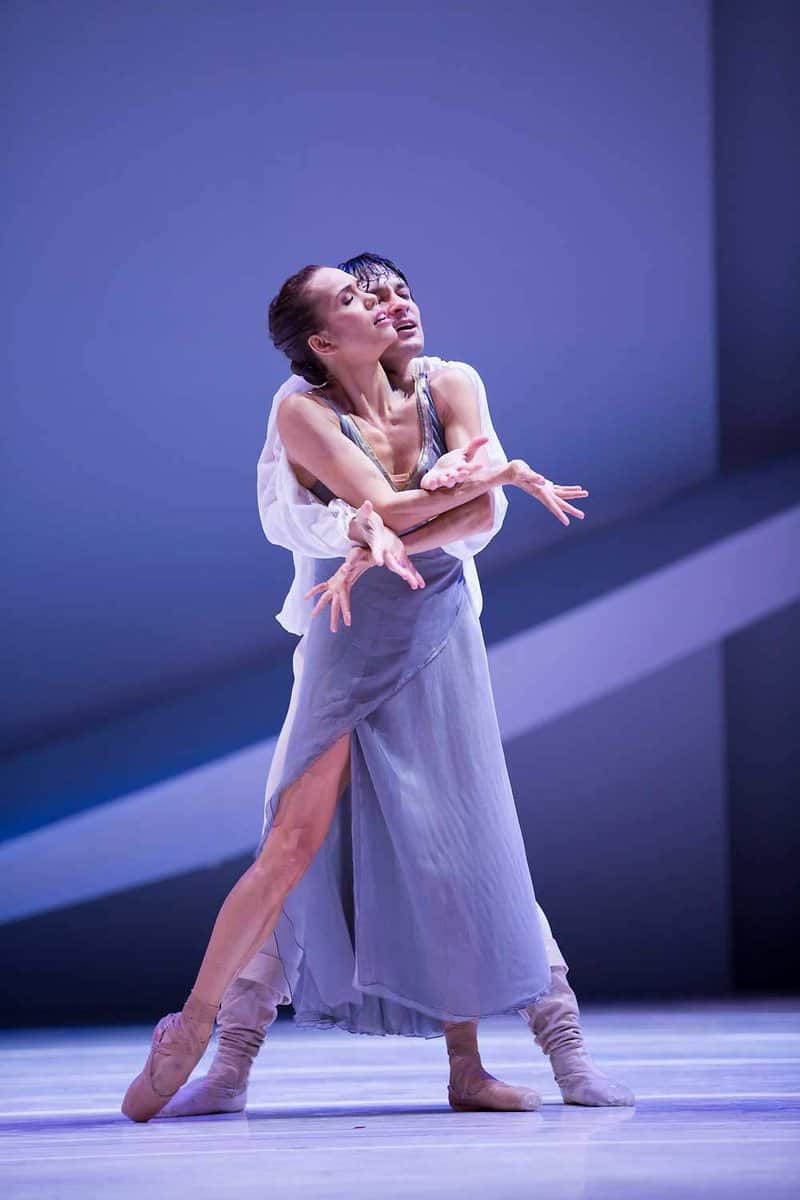 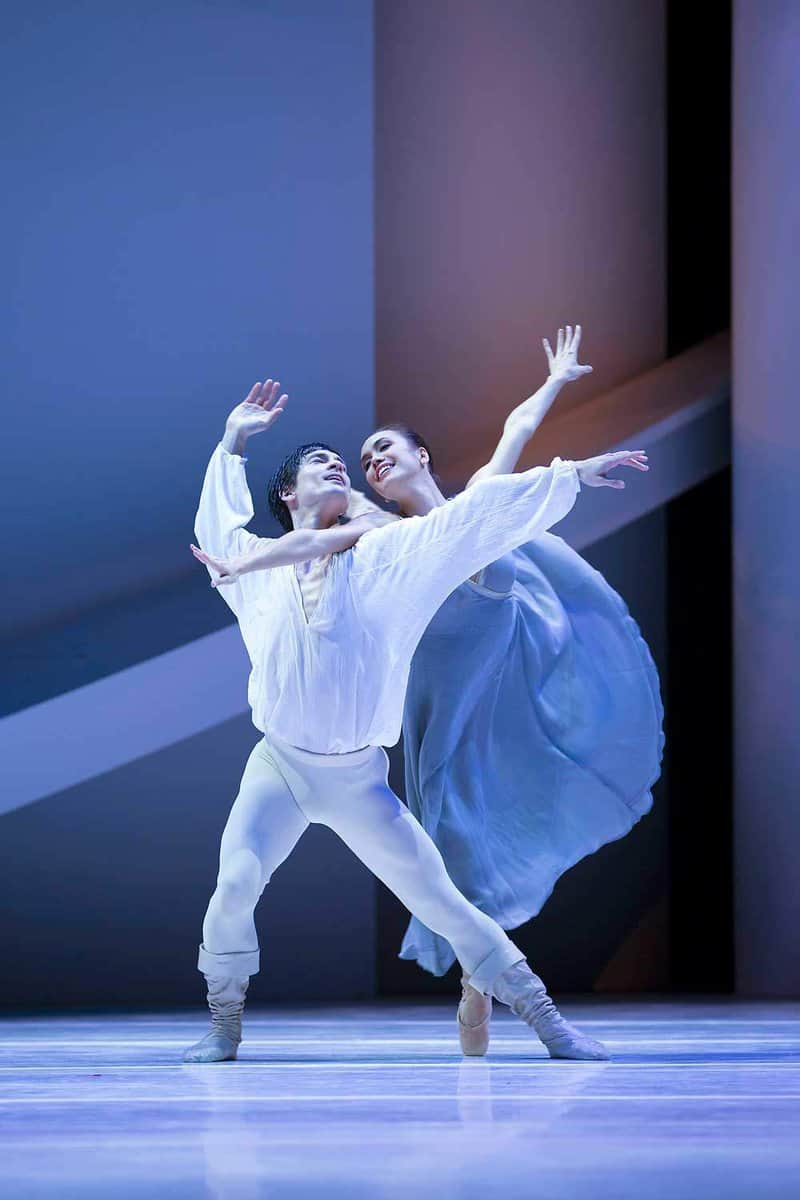 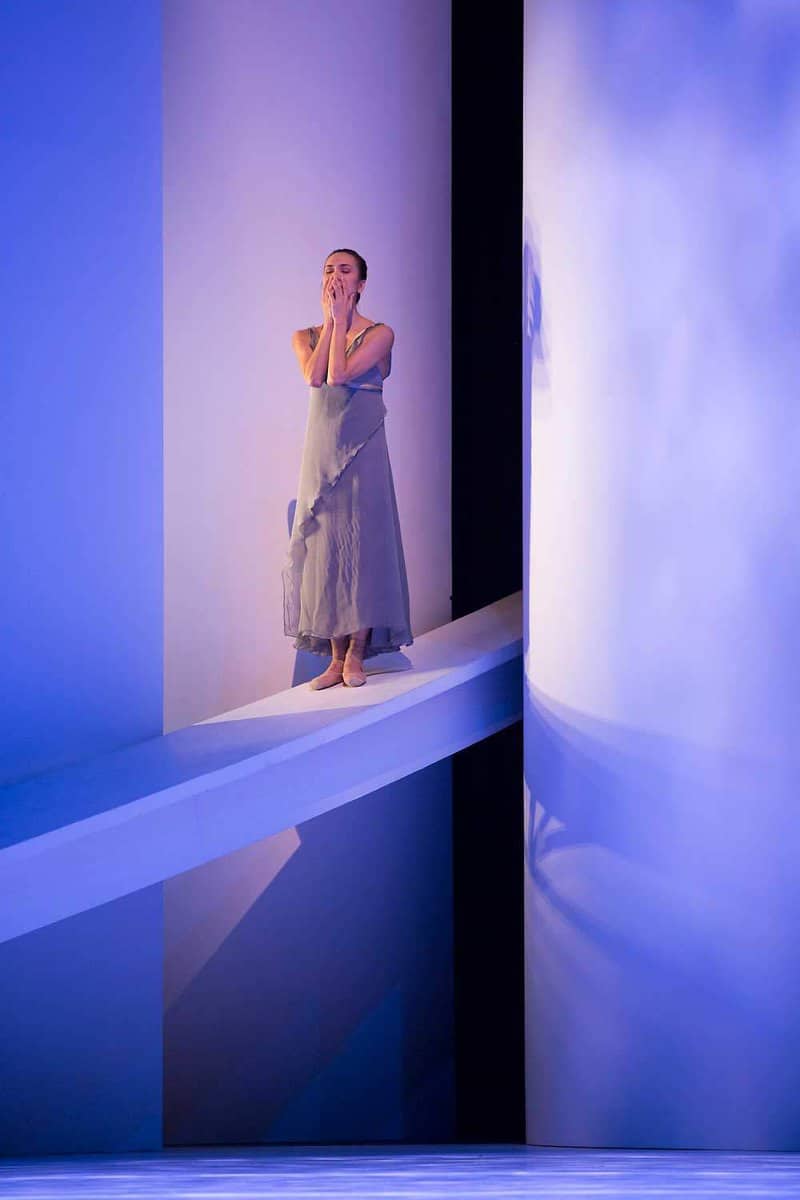 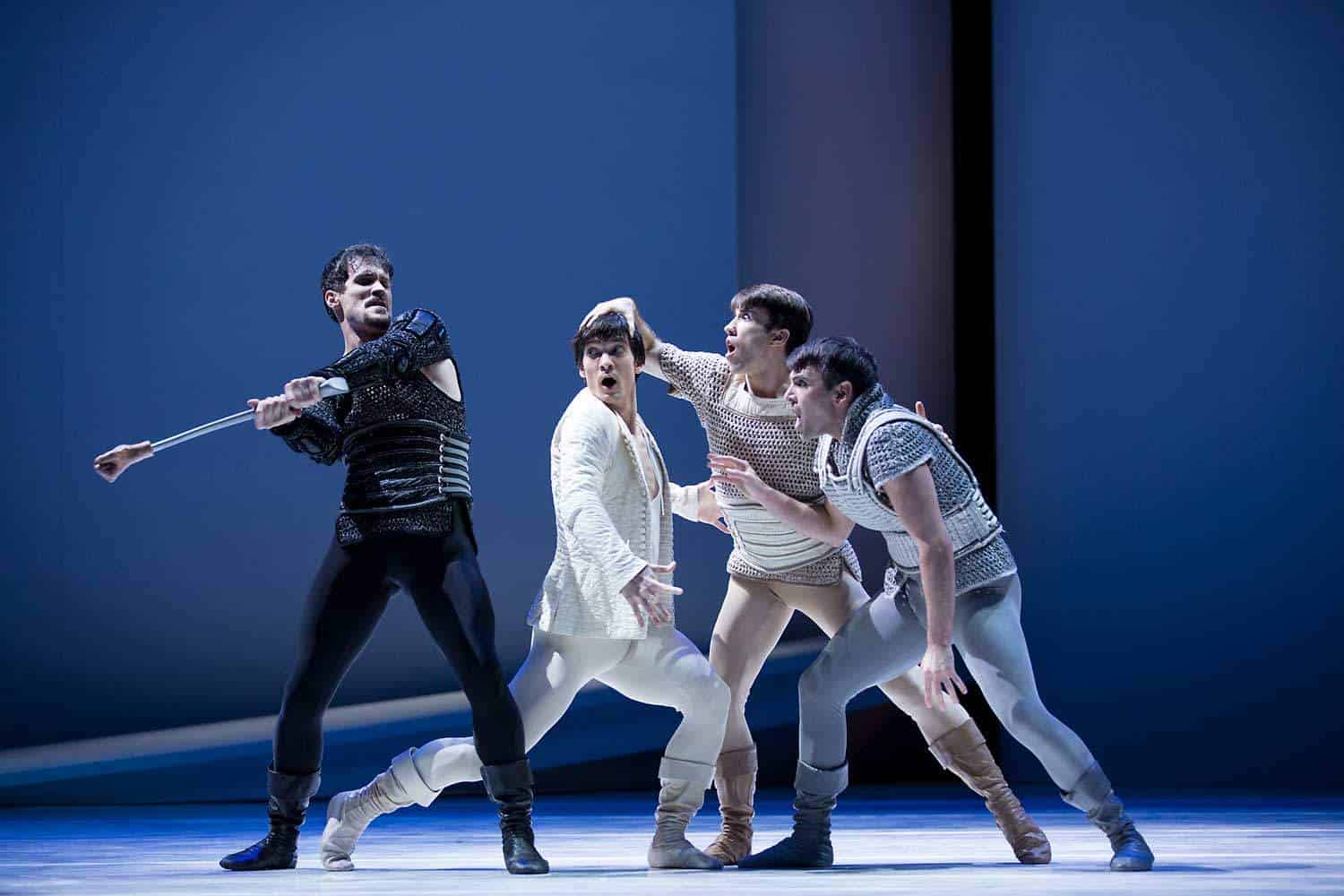 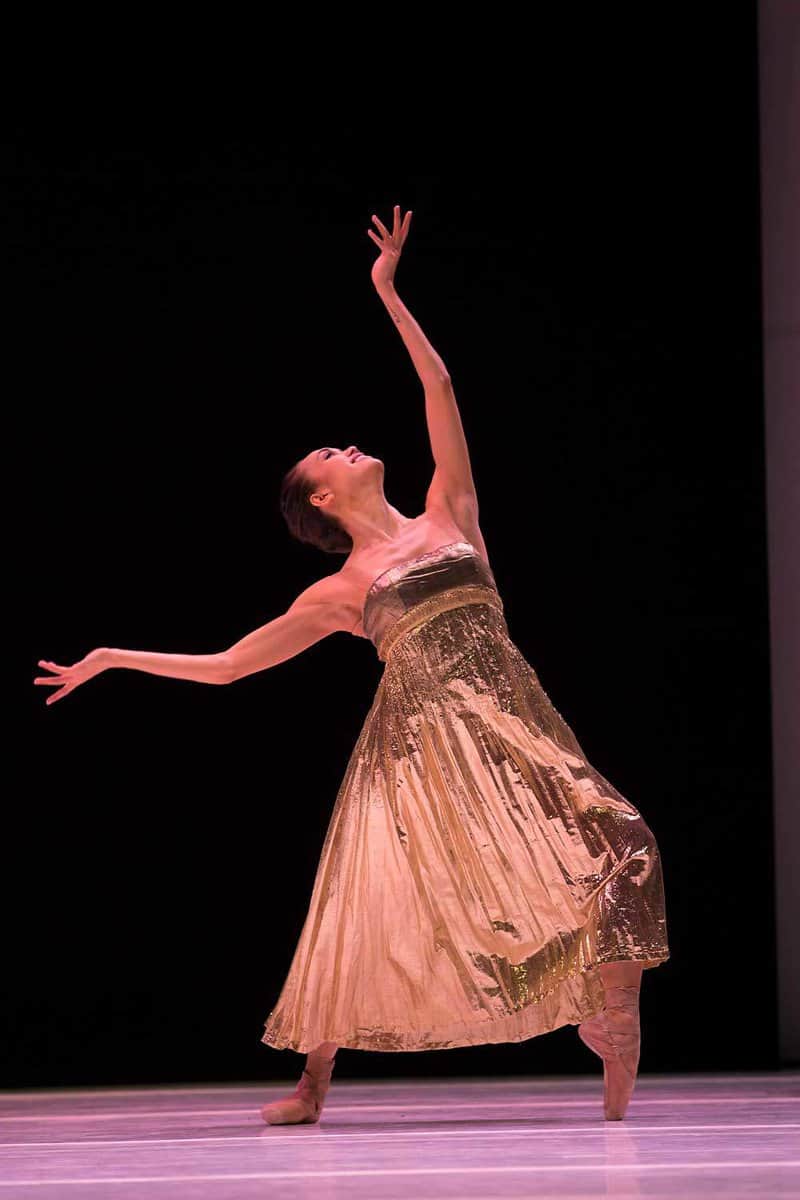 Jérôme Kaplan was born in Paris and studied scenic design at L’Ecole de la Rue Blanche.  In 1991 Mr. Kaplan met the choreographer Jean-Christophe Maillot and discovered the world of dance. He went on to design sets and costumes for numerous Les Ballets de Monte Carlo ballets including,  L’enfant et les Sortilèges, Roméo et Juliette, Cendrillon (Cinderella), Casse-Noisette Circus, Œil pour Œil (Eye for Eye), and Scheherazade. He also created the costumes for Raise the Red Lantern for the National Ballet of China in Beijing. He has also worked for Opera of Strasbourg, Shanghai Ballet, National Ballet of Finland, National Ballet of Korea, Royal Opera of Stockholm, and Northern Ballet. In 2010, Mr. Kaplan created sets and costumes for Alexei Ratmansky’s Don Quixote for Dutch National Ballet (Het Nationale Ballet) and Christopher Wheeldon’s Tornerose (Sleeping Beauty) for the Royal Danish Ballet. In 2011, he designed sets and costumes for the world premiere of Ratmansky’s Lost Illusions (Les Illusions Perdues) at the Bolshoi Theatre in Moscow, winning the 2012 Golden Mask award for Best Costume Designer, and has since designed many ballets with Ratmansky. In 2014, Mr. Kaplan designed scenery and costumes for Pacific Northwest Ballet’s production of Giselle.

Ernest Pignon-Ernest was born in 1942 in Nice, France. An established French artist, he has been creating performance and installation work on and around city walls for thirty years. He is obsessed with images of Hiroshima and Nagasaki, and has transferred paintings, drawings and serigraphs onto city walls and telephone booths. These images become part of the urban architecture, are accepted by the local population and protected against deterioration. Mr. Pignon-Ernest disdains art created for exhibitions and museums, and describes his work as a way to capture the essence of a place, based in history and memories, as well as in light and space. He feeds off of a cultural heritage that mixes the pagan and the Christian, and makes reference to famous artists, particularly Caravaggio. To distinguish himself from artist Ernest Pignon, whose identical name caused confusion when they once shared an exhibition, he repeats his first name after his surname.