For his text, Orff turned to a collection of irreverent medieval songs and poems discovered in 1803 at the Bavarian monastery of Benediktbeuren. Hence, Carmina Burana, or “Songs of Beuren.” In these profane lyrics of minstrels and monks long dead, Orff heard clearly the voice of the human condition, with its indestructible hunger for the sensual pleasures of the world persisting through the capricious turns of Fortune’s wheel. Setting this text to music of primitive force rivaled in our time only by Stravinsky’s Rite of Spring, Orff married the medieval and the modern in a timeless vision of humanity’s vitality and endurance.

That musical vision takes on corporeal life in PNB’s production of Carmina Burana. Set designer Ming Cho Lee’s massive golden wheel of Fortune dominates the world of the ballet, as does musically the hymn to the goddess Fortuna, which opens and closes Orff’s score and frames all the various songs between. Beneath the wheel and subject to its rule, the dancers—cast as commoners, clerics, and aristocracy—express the indomitable yearning for fulfillment in love that persists no matter what life deals us.

Within each grouping and, reflecting the medieval interest in numerology as a key to divine order, Stowell has choreographed patterns based on the number twelve, thereby subtly reinforcing the experience of cosmic forces beyond human control. But, for all the limits placed upon our lives, Stowell suggests (through recurring contrasts between the clothed and the naked) that the first relationship in paradise, though it eludes us in this fallen world, informs our fantasies and may be experienced by us in moments of grace. 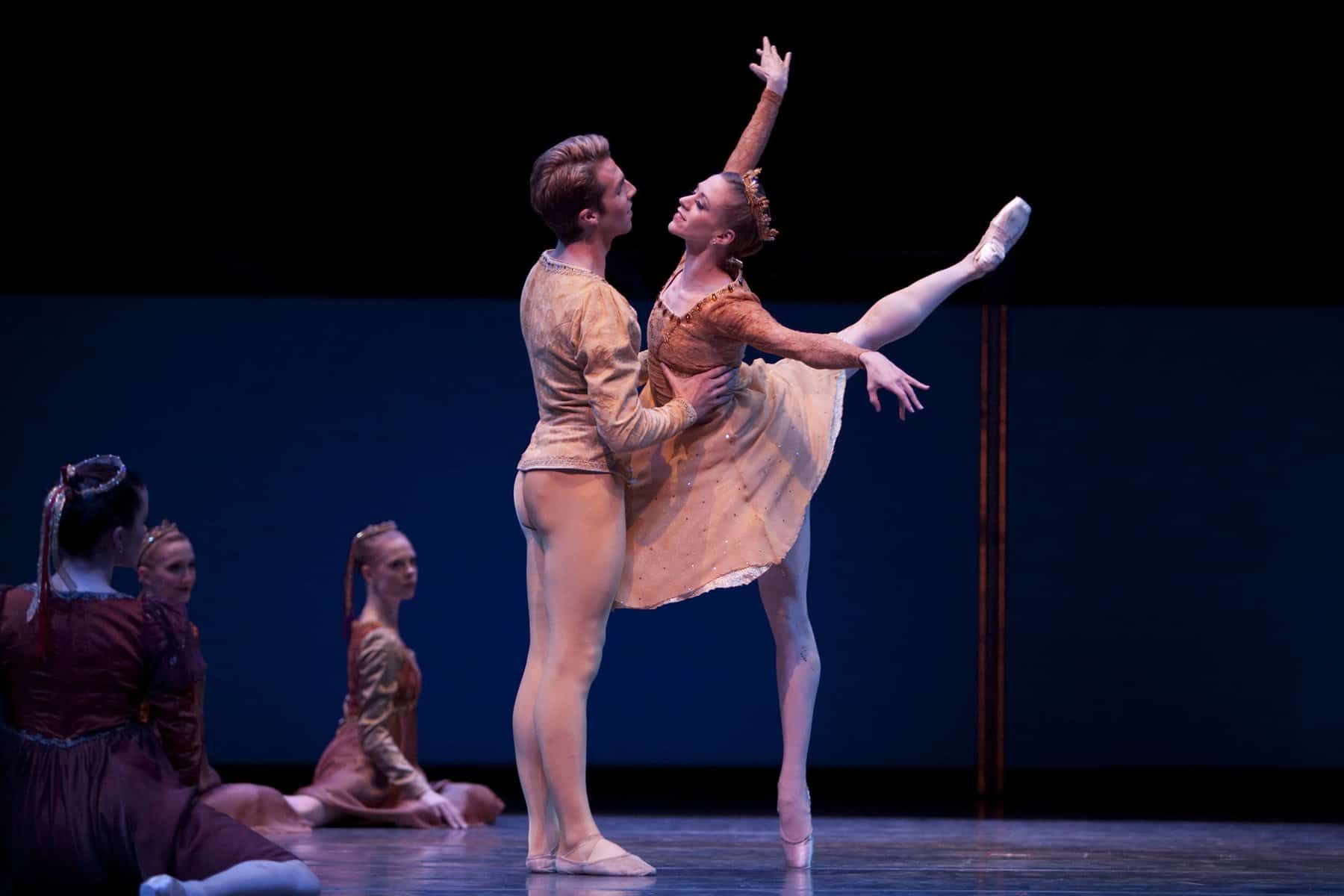 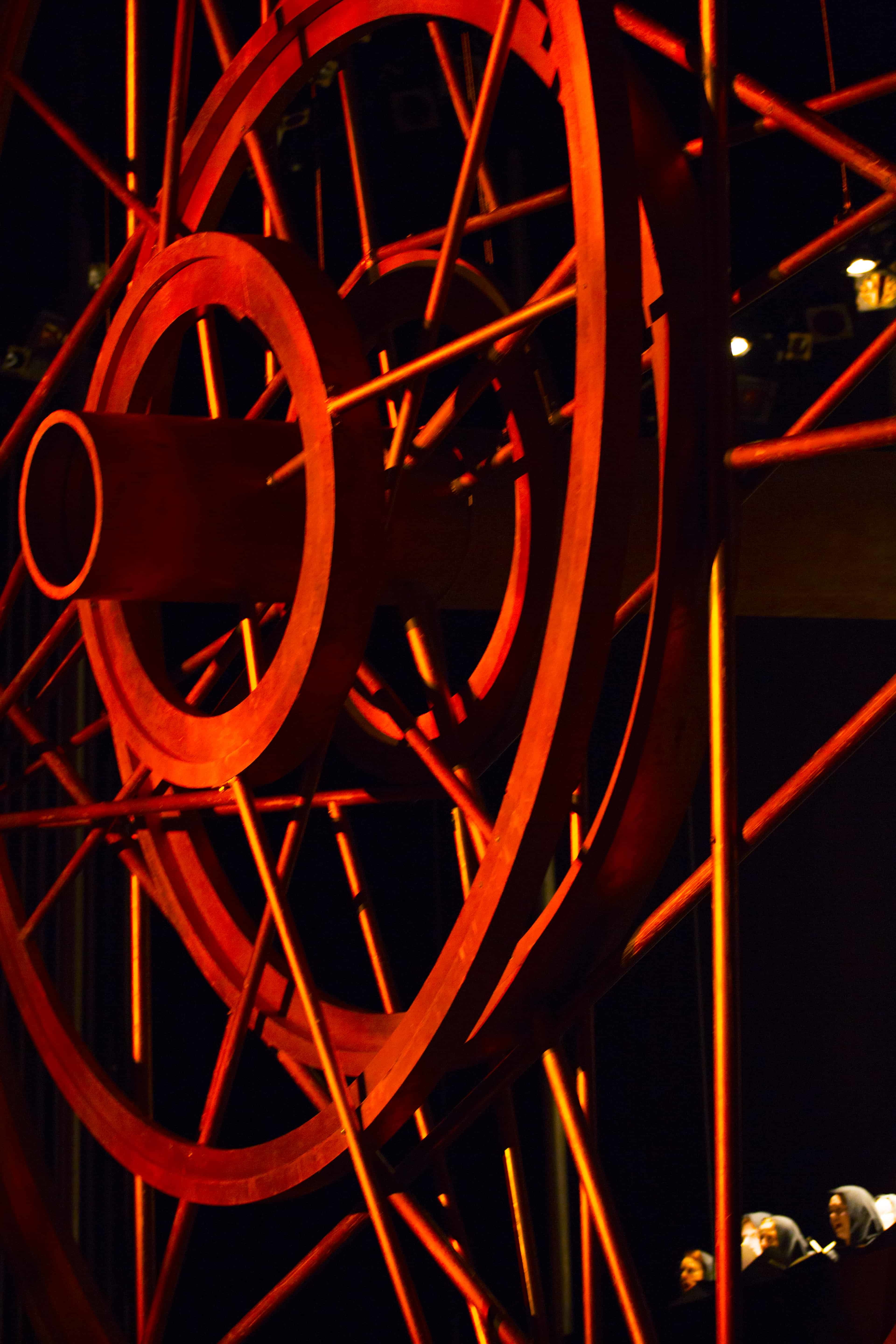 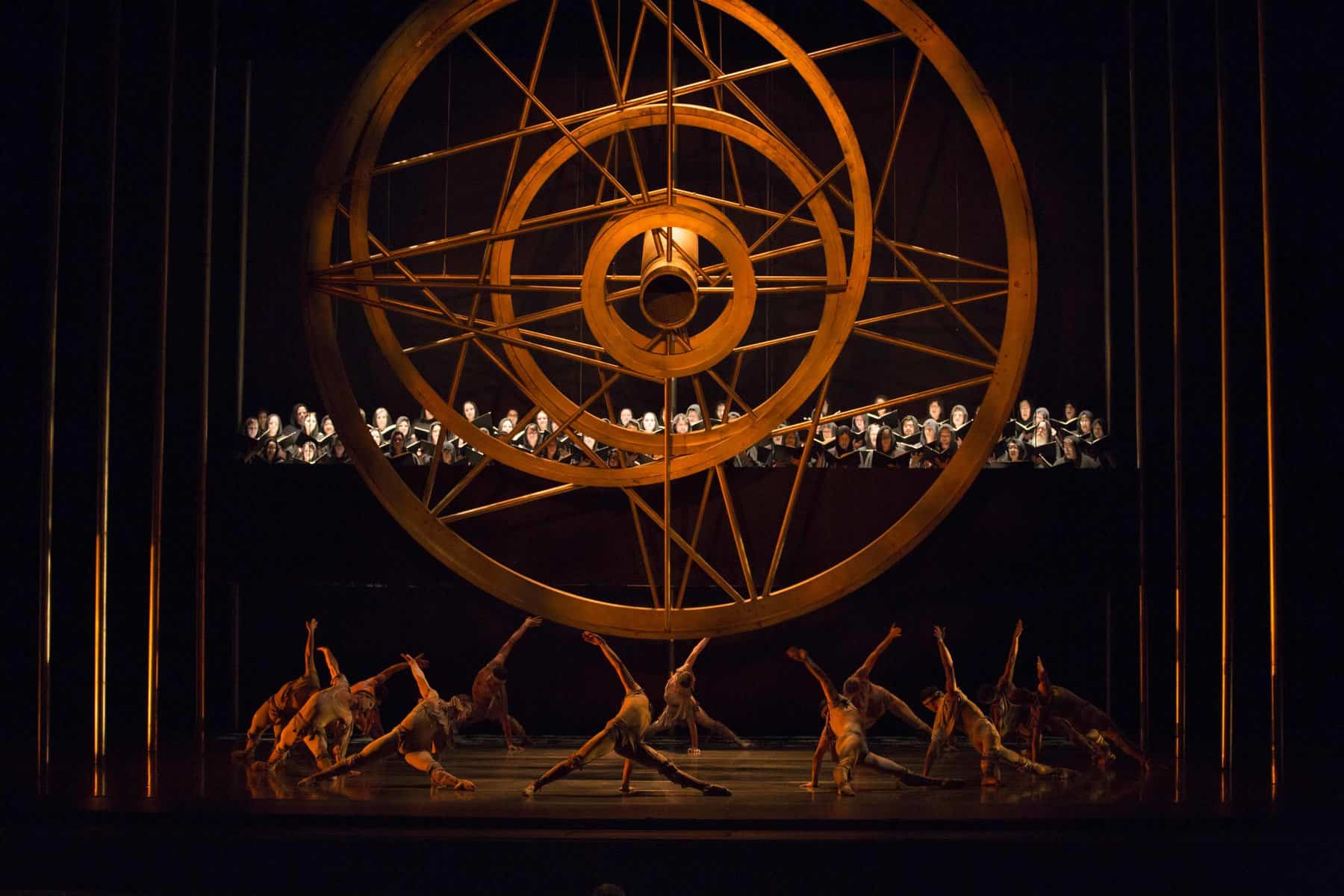 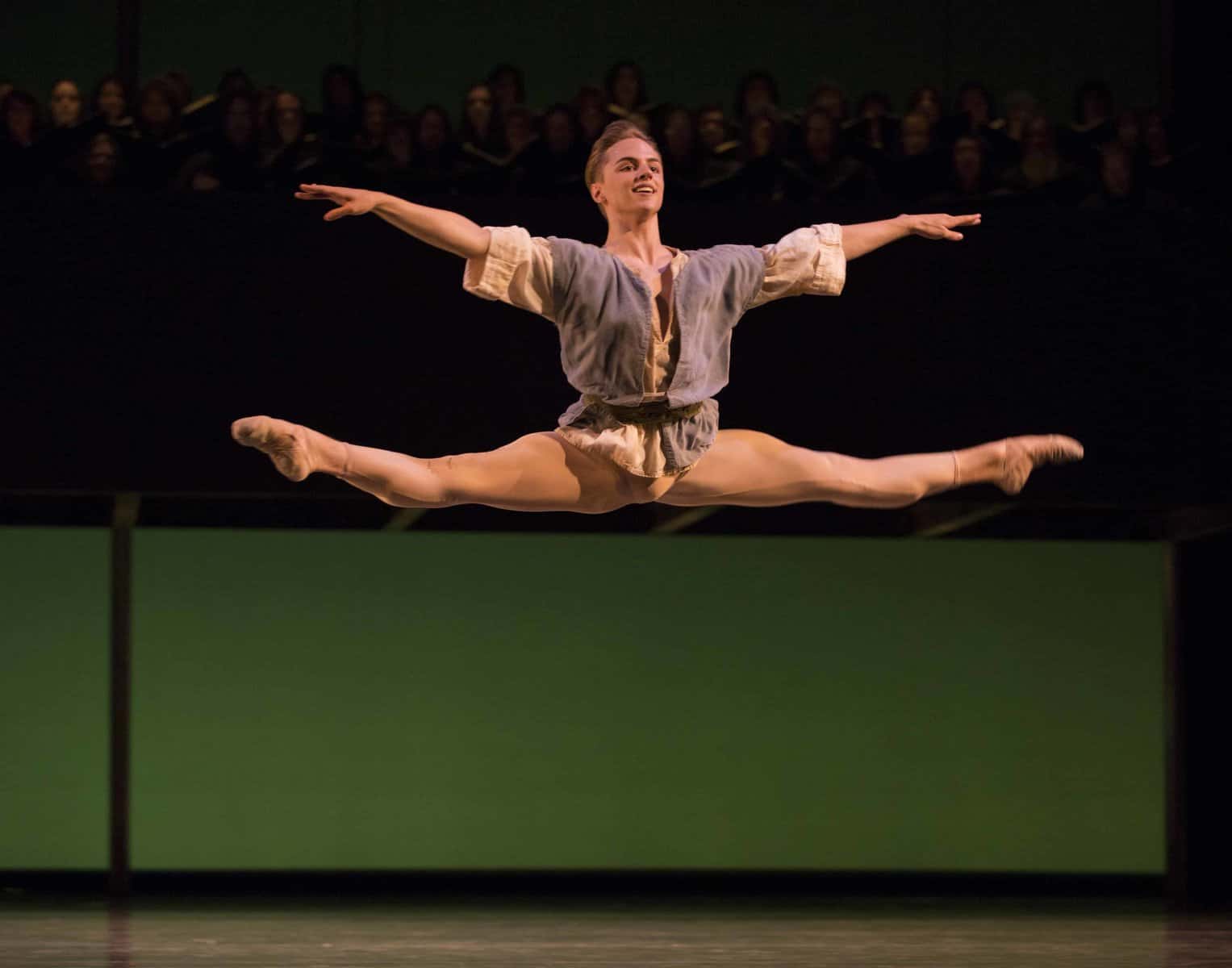 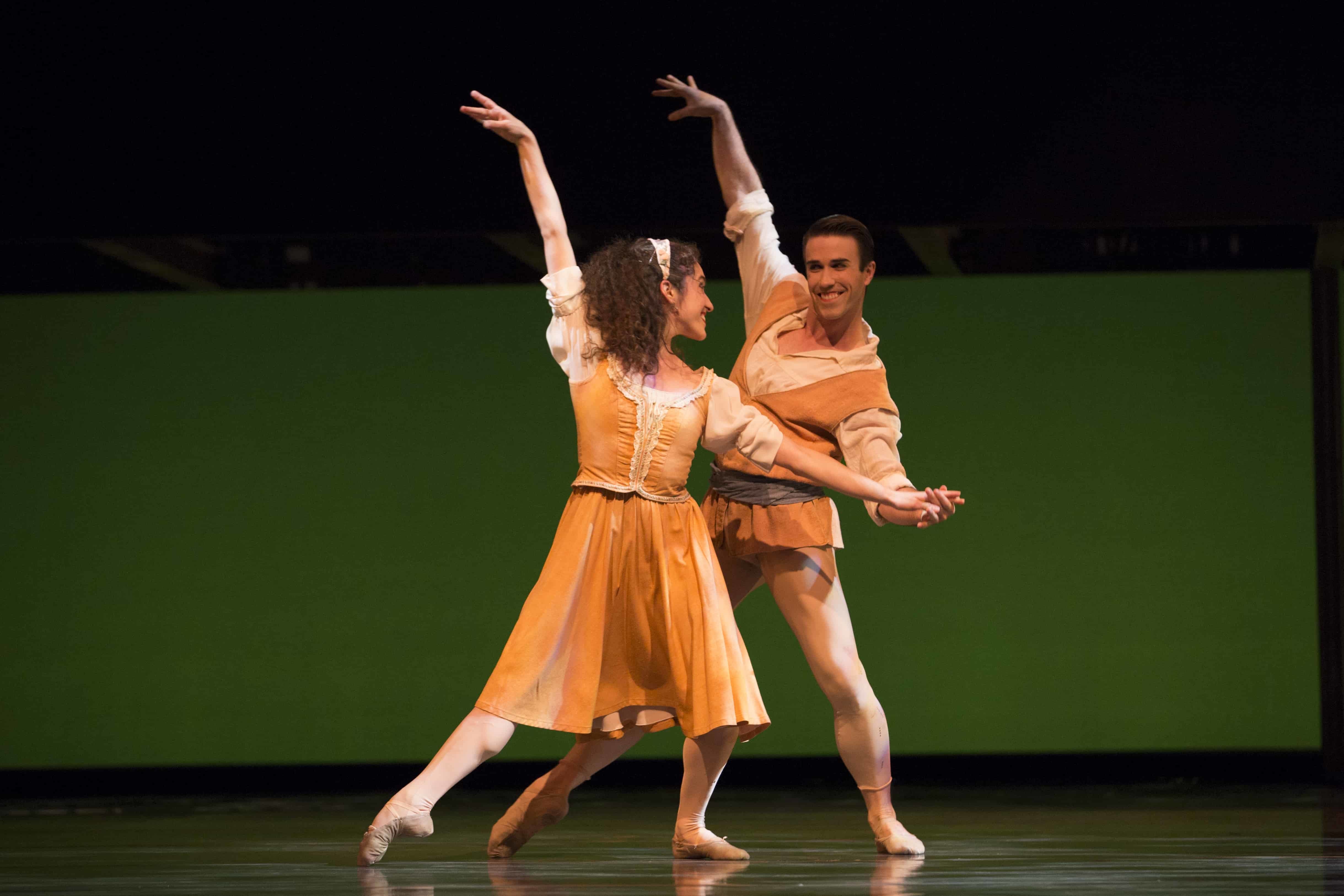 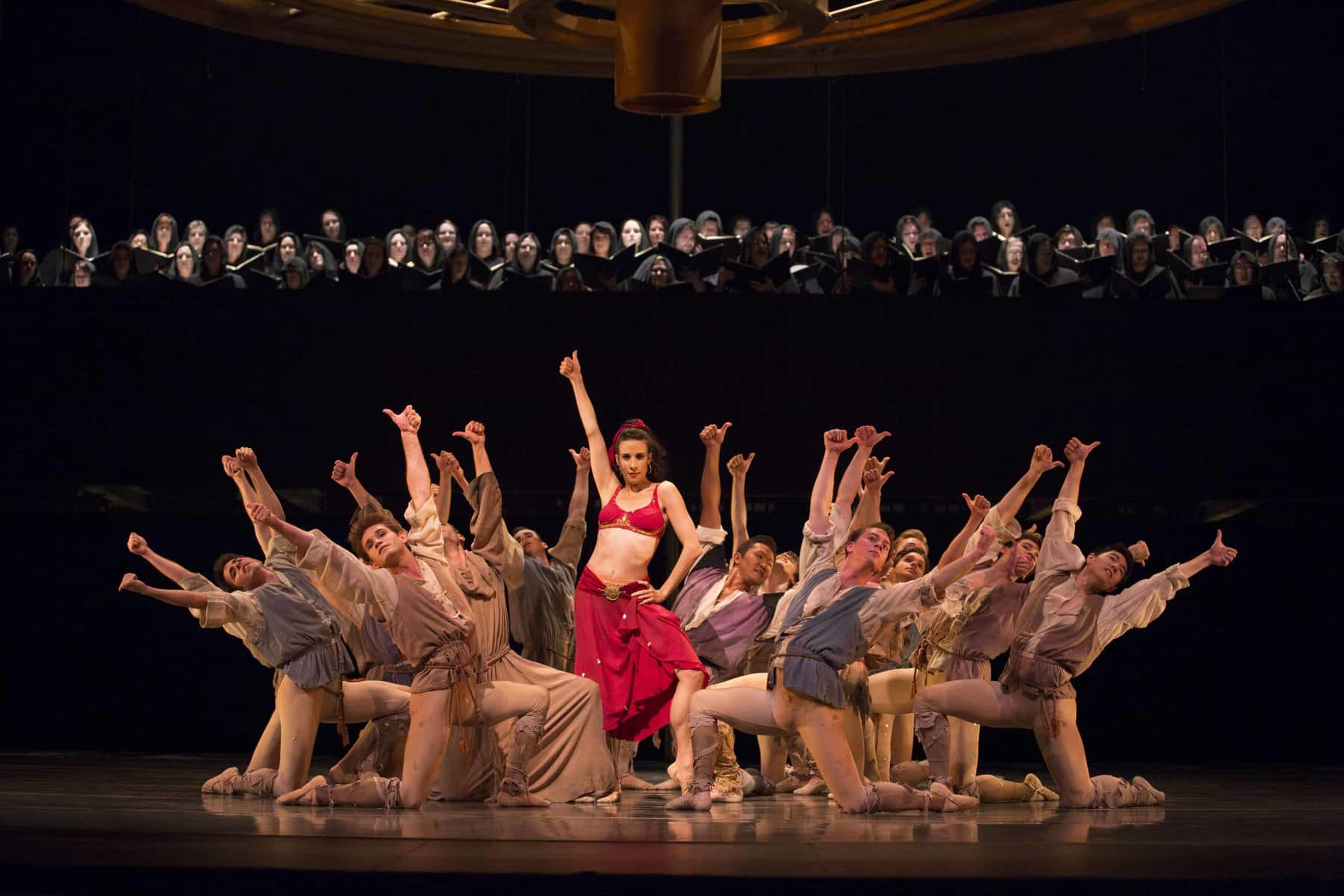 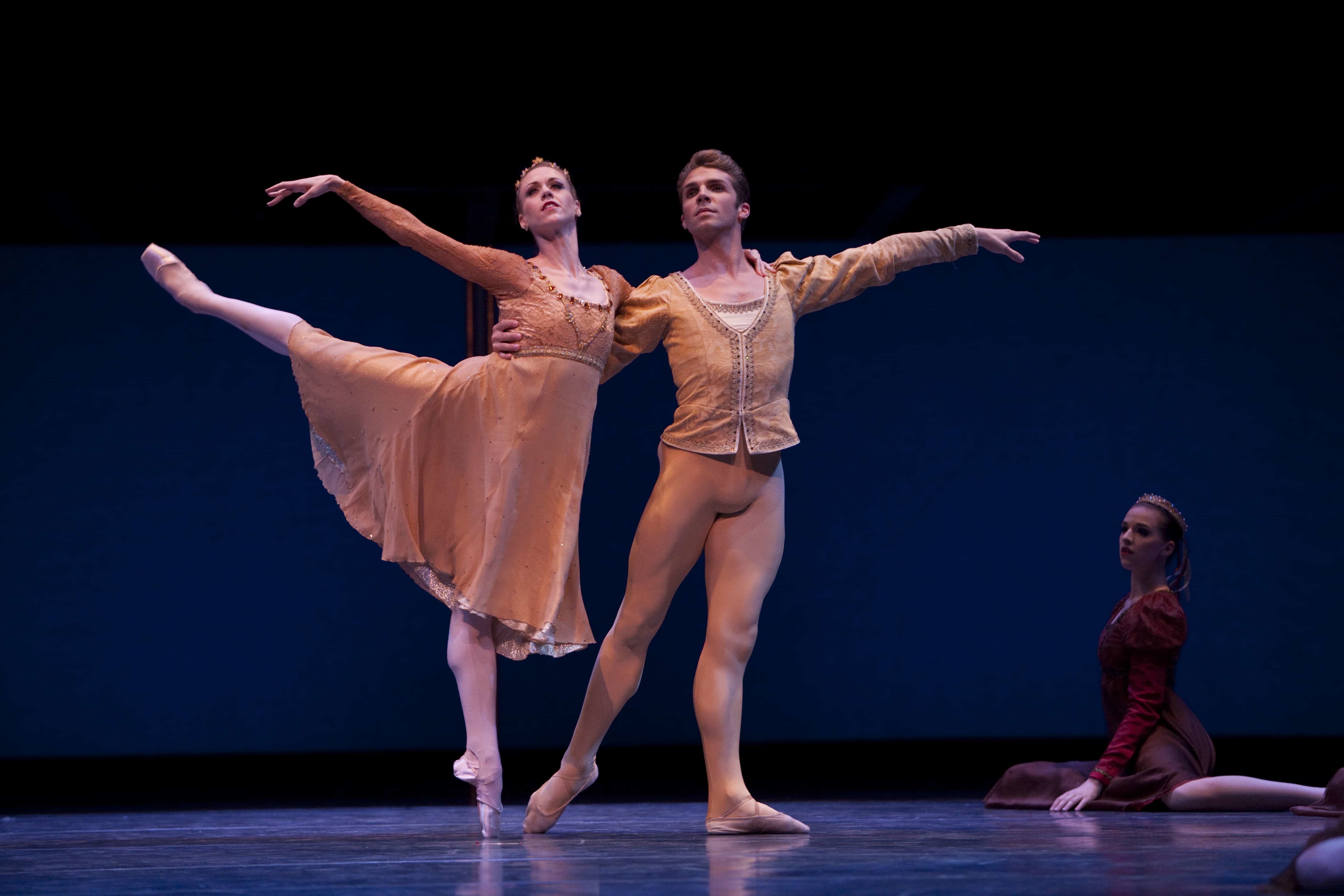 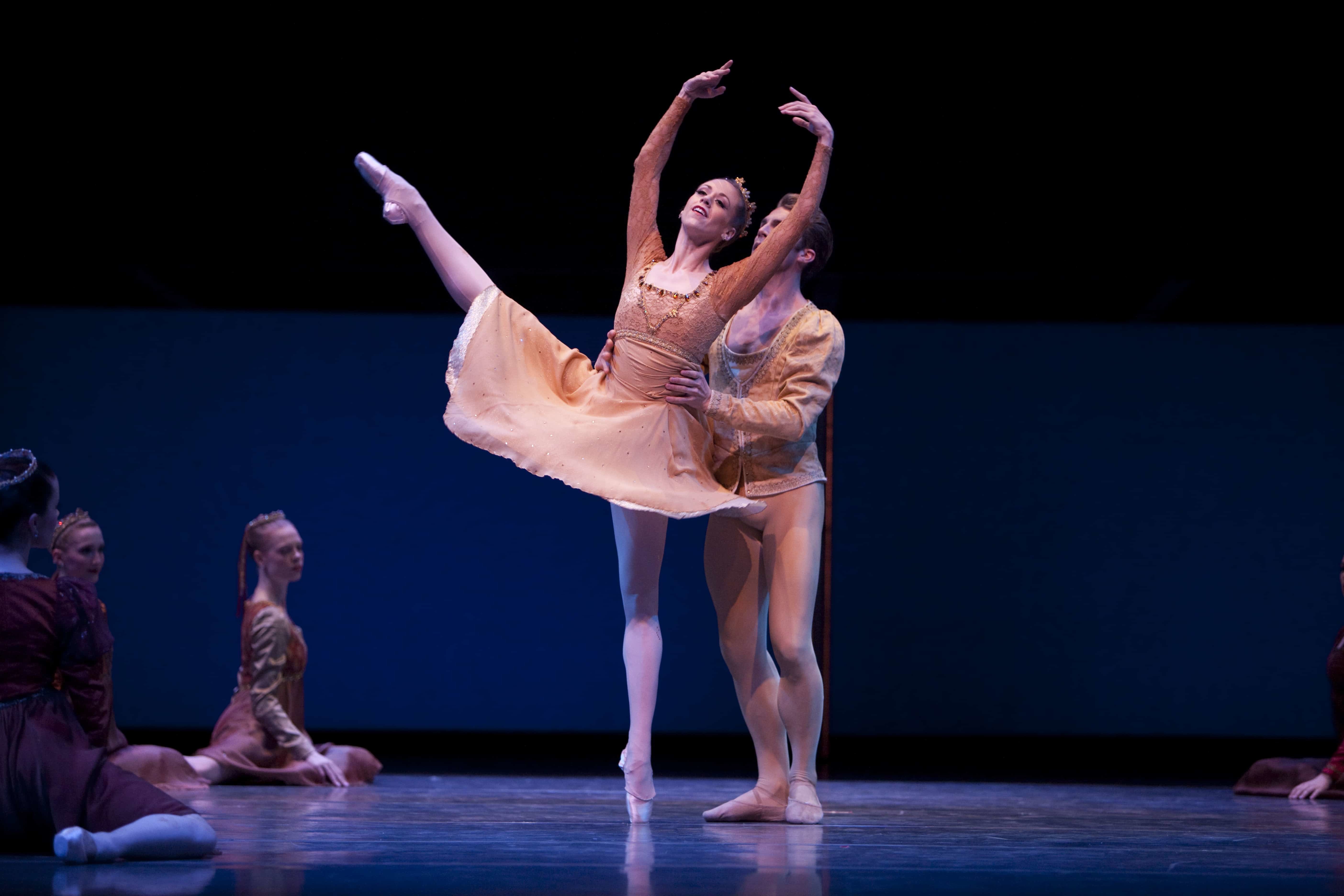